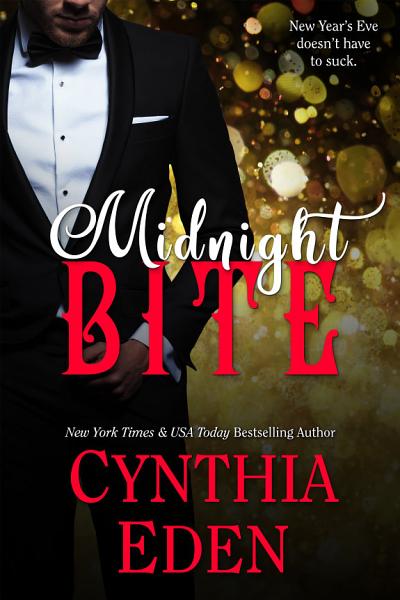 A kiss on New Year's Eve is supposed to be lucky...but a vampire bite?  That's not exactly something a woman dreams of getting. And when Lark Kinsley gets bit, all bets are off.  She stakes her date, runs into the night, and tries to put the whole nightmare behind her.

Because she immediately runs into trouble—trouble in the form of a tall, dark, and deadly sexy vampire prince named Devereaux. He claims that he's there to help her, but she's not buying his story. The guy is no Prince Charming. After all, Prince Charming isn't supposed to come with fangs and an appetite for blood. But Devereaux says that he's been waiting centuries for her. That she is meant to rule with him. Obviously, he's wrong. And possibly insane. She's not meant to be the queen of the vamps.  No matter what Devereaux says.

But he's not the only one after her. Paranormal monsters are coming out of the woodwork.  And the bite that she got? It's making her feel strange. Hungry. Her self-control is shredding, and Lark knows she's changing. She just doesn't know what she'll become.

The new year won't go out with a bang...it will end with a bite.