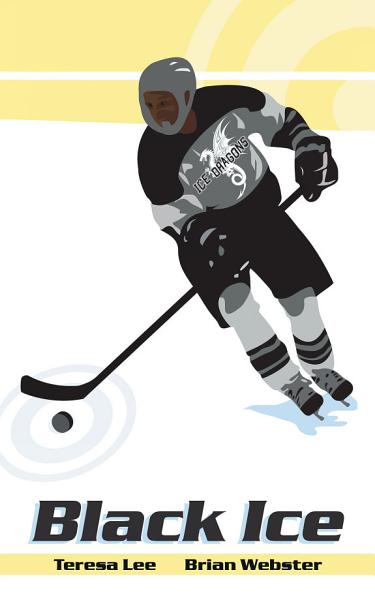 When youre fourteen, its hard to be patient, especially when its your birthday. Yet for Anthony Brooks, any optimism for his future is shattered when his unemployed dad is shot dead in a robbery attempt at a local convenience store. Understandably, Anthony reacts as any kid might, with anger and withdrawal. Given an opportunity to lash out, he is drawn by some older boys into a plan to rob a neighborhood pizza parlor. Anthony is caught and threatened with juvie until, surprisingly, the pizza parlor owner, a washed up NHL hockey player, offers a compromise.

Great book for all sports enthusiasts. The courage that Anthony portrays in order to overcome his obstacles and setbacks clearly shows hes a winner on and off the ice. Exciting, thrilling, feel good story.

Black Ice is a story set in the city and centered on urban issues. Its characters face adversities familiar to young people in urban settings. It captures the attention and imagination of young readers. A valuable story for educators.

As a former coach of an inner city hockey team in Detroit, I appreciate first-hand the adversity a young African-American player can face in a traditionally White sport. Brian Webster and Teresa Lee have depicted these struggles authentically in a very serious and entertaining way. I highly recommend Black Ice. Great hockey story!