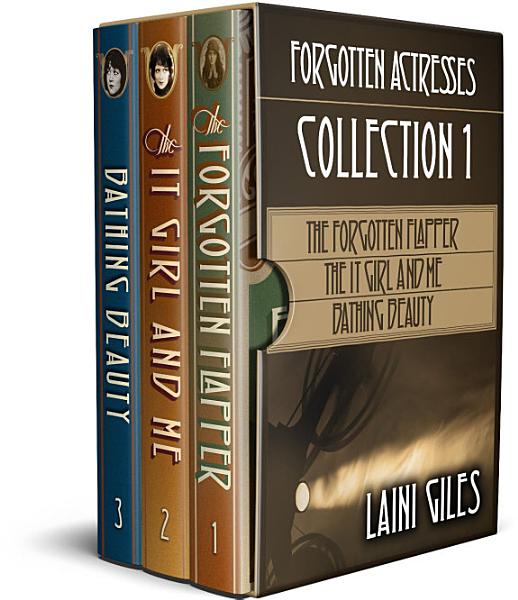 Book One: The Forgotten Flapper - A presence lurks in New York City’s New Amsterdam Theatre when the lights go down and the audience goes home. They say she’s the ghost of OLIVE THOMAS, one of the loveliest girls who ever lit up the Ziegfeld Follies and the silent screen. From her longtime home at the theater, Ollie’s ghost tells her story from her early life in Pittsburgh to her tragic death at twenty-five.After winning a contest for “The Most Beautiful Girl in New York,” shopgirl Ollie modeled for the most famous artists in New York, and then went on to become the toast of Broadway. When Hollywood beckoned, Ollie signed first with Triangle Pictures, and then with MYRON SELZNICK’s new production company, becoming most well known for her work as a “baby vamp,” the precursor to the flappers of the 1920s. After a stormy courtship, she married playboy JACK PICKFORD, MARY PICKFORD’s wastrel brother. Together they developed a reputation for drinking, club-going, wrecking cars, and fighting, along with giving each other expensive make-up gifts. Ollie's mysterious death in Paris’ Ritz Hotel in 1920 was one of Hollywood’s first scandals, ensuring that her legend lived on.

Book Two: The It Girl and Me- Daisy DeVoe has left her abusive husband, her father has been pinched for bootlegging, and she's embarrassed by her rural Kentucky roots. But on the plus side, she's climbing the ladder in the salon of Paramount Pictures, styling hair for actress Clara Bow. Clara is a handful. The "It" Girl of the Jazz Age personifies the new woman of the 1920s onscreen, smoking, drinking bootleg hooch, and bursting with sex appeal. But her conduct off the set is even more scandalous. Hoping to impose a little order on Clara's chaotic life, Paramount persuades Daisy to sign on as Clara's personal secretary. Thanks to Daisy, Clara's bank account is soon flush with cash. And thanks to Clara, Daisy can finally shake off her embarrassing past and achieve respectability for herself and her family. The trouble begins when Clara's newest fiancé, cowboy star Rex Bell, wants to take over, and he and Daisy battle for control. Torn between her loyalty to Clara and her love for her family, Daisy has to make a difficult choice when she ends up in the county jail. Here, Daisy sets the record straight, from her poverty-stricken childhood to her failed marriage; from a father in San Quentin to her rollercoaster time with Clara, leaving out none of the juicy details.

Book Three: Bathing Beauty- During Hollywood’s infancy, Marie Prevost is a beautiful Canadian who becomes famous for her silent film work with Mack Sennett’s Bathing Beauties.Lured away by an offer from Universal Pictures, she makes more profitable flapper-themed movies, and when her contract ends, she moves to Warner Brothers, where her star continues to rise. Her triumph in Ernst Lubitsch’s The Marriage Circle and her marriage to actor Kenneth Harlan mark her as one of filmdom’s biggest stars of the 1920s. But in 1926, a series of tragedies combine to torpedo her career. By the 1930s, with her star fallen, Marie desperately claws her way back, fighting weight gain and alcohol in her struggle to get back on top. In Bathing Beauty, Marie tells the story of her rise to fame and her struggle to regain it, despite all the odds.