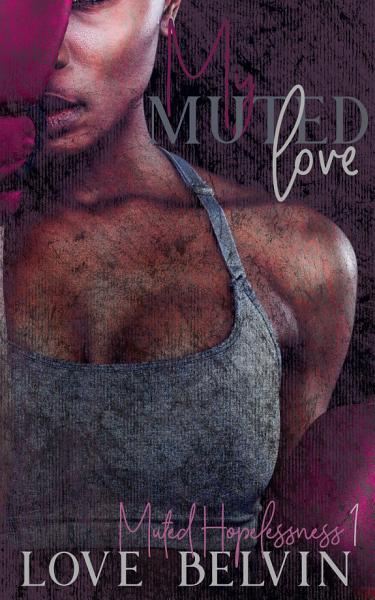 Never judge a book by its cover, one of the world’s most common clichés. Though sage advice, the age-old aphorism is rarely followed. Take, for instance, Tori McNabb and Ashton Spencer, two subjects who believe by aesthetics alone, they have no reason to breathe the same air. When startling circumstances align on the campus of Blakewood State University, the two have no choice but to look beyond their exteriors.

McNabb is a fighter in life as well as in the ring. She knows what she’s capable of and doesn’t want to be tested. Her only goal is to never return to Millville, New Jersey while simultaneously flying under the radar as a small fish in the big BSU ocean. Spencer, the most popular athlete on campus is well on his way to success as a professional athlete and is confident the stars have aligned in his favor. Being tested by the underdog is one he’d never fail, or so he thinks.

Journey with this unlikely pair inside the pages of their ugly covers.

Publisher’s Note: My Muted Love is book ONE of a THREE book series. It ends on a CLIFFHANGER. This book contains angst, profanity, sexually explicit content, and material related to young adults. If any of these elements is not what you prefer between the pages of a novel, this is not the venture for you.