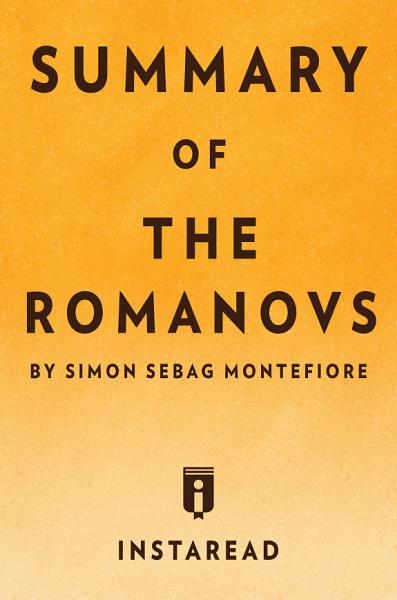 Simon Sebag Montefiore’s The Romanovs: 1613-1918 is a chronicle of the Romanov dynasty over its 300-year reign in Russia. The book focuses on the personalities, choices, and actions of the royal family including their sexual and romantic relationships. Montefiore provides extensive quotations from the letters and diaries of the Romanovs, many of them unpublished. By telling the story of the Romanovs, Montefiore also tells the story of Russia’s rise to empire.

The reign of the Romanovs began after the death in 1598 of Feodor Ivanovich, the last of the descendants of Ivan the Terrible. Numerous false heirs—called the False Dmitris—claimed the right to the throne. At the same time, Russia experienced a brutal famine, and Polish and Lithuanian forces invaded the country. The chaos of the Time of Troubles led a national assembly to choose Michael Feodorovich, nephew of a former tsarina, to be the next monarch. Michael was underage at the beginning of his reign so his father, Filaret, Patriarch of Russia, became effectively the first Romanov ruler…

PLEASE NOTE: This is key takeaways and analysis of the book and NOT the original book.

Inside this Instaread Summary of The Romanovs: