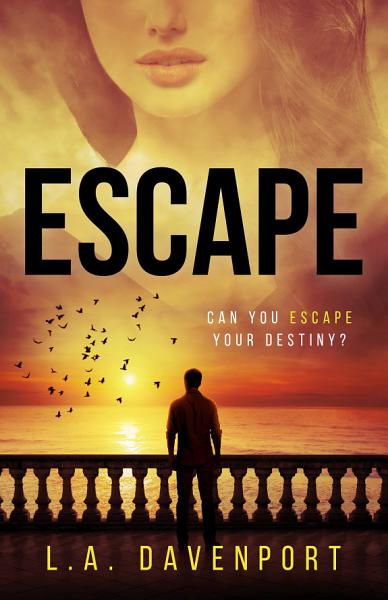 "If you’re after a bit of a thriller combined with romantic suspense, then Escape is definitely one to add to your (probably ever growing) TBR list . . . I didn’t want to put it down!" Emily Quinn, A Quintillion Words

[Escape] gradually drew me in. I wanted to know more, to see where the little strings led and ultimately see who was trying to escape. Perry Wolfecastle, Perrywolfecastle.com

Readers will eagerly follow John's character arc from a self-destructive, grieving widower to an individual fighting to clear his name and take down a criminal organization. The BookLife Prize

Can you escape your destiny?

John is a trauma doctor recovering at a glamorous Mediterranean resort after losing his wife in a terrible accident. Lost and alone, he wanders the streets, trying to escape his pain and drifting into alcoholism.

He ends up in a strip joint, where he meets Jasna, a brilliant and witty hostess. Against their better judgement, they become infatuated and begin to fall in love.

When she is brutally killed, John is the only suspect. But then he is mysteriously let go by the police, and Charles, the hotel manager, reveals he lost his granddaughter, Erin, in similar circumstances.

Seeking to clear John’s name and obtain justice for Jasna and Erin, they are pitched into a ruthless world of drugs, prostitution, slavery and murder, where life is cheap and nothing is as it seems.

Will they gather the evidence in time to stop the killers, or be their next victims? Can they trust the police, or are they part of the corruption reaching into every part of life?

Perfect for fans of classic thrillers, Escape draws you in to a darkly glamorous world where John has to overcome his grief to avenge Jasna, Erin and the victims of modern slavery.

Escape is a novel by L. A. Davenport, author of The Nucleus of Reality, or the Recollections of Thomas P–, the short story collections No Way Home and Dear Lucifer and Other Stories, and the memoir My Life as a Dog.