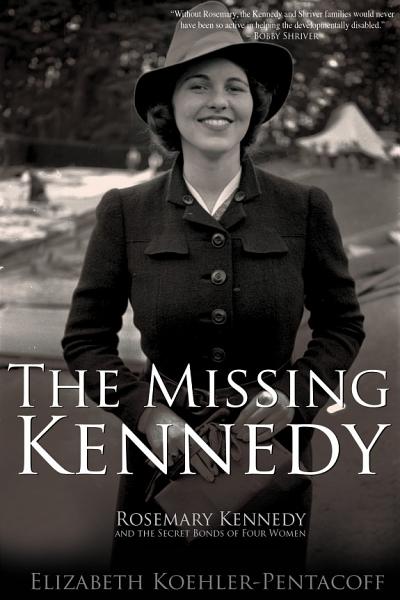 Rosemary (Rosie) Kennedy was born in 1918, the first daughter of a wealthy Bostonian couple who later would become known as the patriarch and matriarch of America’s most famous and celebrated family. Elizabeth (Liz) Koehler was born in 1957, the first and only child of a struggling Wisconsin farm family.

What, besides their religion, did these two very different Catholic women have in common? One person really: Stella Koehler, a charismatic woman of the cloth who became Sister Paulus Koehler after taking her vows with the Sisters of the Third Order of St. Francis of Assisi.Sister Paulus was Liz’s Wisconsin aunt. For thirty-five years―indeed much of her adult life―Sister Paulus was Rosie Kennedy’s caregiver.

And a caregiver, tragically, had become necessary after Rosie, a slow learner prone to emotional outbursts, underwent one of America’s first lobotomies―an operation Joseph Kennedy was assured would normalize Rosie’s life. It did not. Rosie’s condition became decidedly worse.

After the procedure, Joe and Rose Kennedy sent Rosie to rural Wisconsin and Saint Coletta, a Catholic-run home for the mentally disabled. For the next two decades, she never saw her siblings, her parents, or any other relative, the doctors having issued stern instructions that even the occasional family visit would be emotionally disruptive to Rosie.

Following Joseph Kennedy’s stroke in 1961, the Kennedy family, led by mother Rose and sister Eunice Kennedy Shriver, resumed face to face contact with Rosie. It was also about then that a young Liz Koehler began paying visits to Rosie.

In this insightful, poignant, and important memoir, based in part on Sister Paulus’ private notes and augmented by dozens of never-before-seen photos, Liz Koehler-Pentacoff recalls the many happy and memorable times spent with the “missing Kennedy.”

Based on independent research and interviews with the Shriver family, she tries to come to grips with Joseph Kennedy’s well-intended decision to submit her eldest daughter to a still experimental medical procedure, and his later decision to keep Rosie almost entirely out of public view.

She looks at the many parallels between Rosie’s post-operative life, her own, and those of the two families. And, most important, she traces how, entirely because of Rosie, the Kennedy and Shriver families embarked on an exceedingly consequential campaign advancing the cause of the developmentally disabled―a campaign that continues to this day. Ten years after Rosie’s death comes the first full-length book about Rosie Kennedy, a fitting testimonial to a sad but truly meaningful and important life.