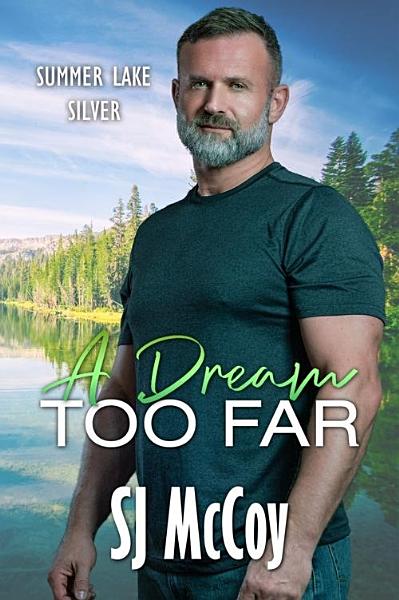 A Dream Too Far

When your forties are fading in the rear-view mirror, and your happily ever after wasn’t as long or as happy as you thought it would be. What then?

Do you still have any dreams left to chase? Do you even want to?

Chris’s happily ever after was more of a nightmare than a dream.

But that was a long time ago. These days, she lives a full life. She dates sometimes. Just because she’s in her fifties doesn’t mean she’s forgotten how to have fun. But a love of her own? That might just be a dream too far.

Seymour’s dreams came true when he married young and had a daughter.

He doesn’t believe in dreams anymore. Since his wife died, he’s hidden himself in his work. He’s made more money than one man could ever need. He’s rebuilt the bridges he burned with his daughter. He’d even go as far as to say he’s content.

But falling in love again? That’s not even a wish for him, let alone a dream.

Until he meets Chris …

Pick up your copy of this heart-warming romance today and you’ll laugh and cry as these two figure out whether old enough means wise enough to love again—or whether a happily ever after at their age is just a dream too far.

This book is intended for readers aged 18+

Summer Lake Silver is a new series featuring couples in their fifties and older. Just because a few decades—or more—have skipped by since you were in your twenties it doesn’t mean you can’t find love, does it? Summer Lake Silver stories find happily ever afters for those who remember being thirty-something—vaguely.

A Dream too Far - Seymour and Chris

A Little Rain Must Fall - Ted and Audrey

Where the Rainbow Ends - Diego and Izzy

A return to the wonderful small town so many readers have grown to love.

Too Much Love to Hide - Maria and Zack

Chase the Blues Away - Ivan and Abbie

Forever Takes a While - Colt and Cassie

Bring on the Night is the first in the new Love in Nashville series.

Love Like You've Never Been Hurt - Emma and Jack

Work Like You Don't Need the Money - Pete and Holly

Fly Like You've Never Been Grounded - Smoke and Laura

Four Weddings and a Vendetta

A Chance and a Hope series.

Book 3: Give Hope a Chance

The series featuring Hope’ Davenport's cousins, three sexy brothers, of the billionaire Davenport family. In their own words they are - the "Suit", the "Vet" and the "Geek."