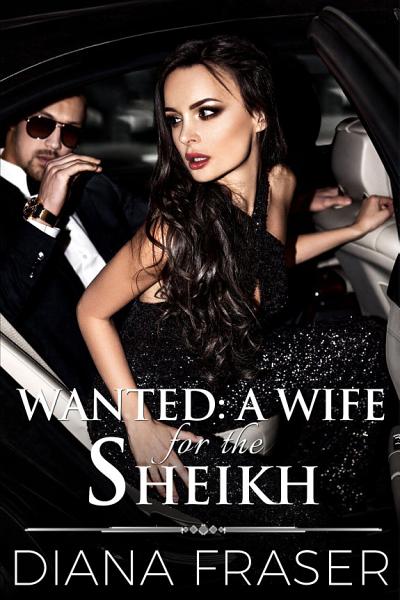 Wanted A Wife For The Sheikh

"Thank you Diana!!! Amazing story, so easily read, full of meaning, full of life, full of love. Can't wait to start the next one." (Google Play review)

"This book was amazing. I've read many similar romance novels but this one is so different from the others.The characters feel real." (Amazon review)

Crown Prince Malek of Sumaira needs the respectability of a wife—fast. Or at least his country does. And his new PA is happy to help him find one.

After looking after her sick mother for years, the last thing Sophie wants is to be tied down. But will the idea of being tied down by this Michael Fassbender clone become an obsession she needs to get out of her system before it’s too late?

Wanted: A Wife for the Sheikh

Awakened by the Sheikh

Claimed by the Sheikh

Wanted: A Baby by the Sheikh

--The Sheikhs of Havilah--

Bought by the Sheikh

Surrender to the Sheikh

Taken for the Sheikh's Harem

--Secrets of the Sheikhs--

The Sheikh's Revenge by Seduction