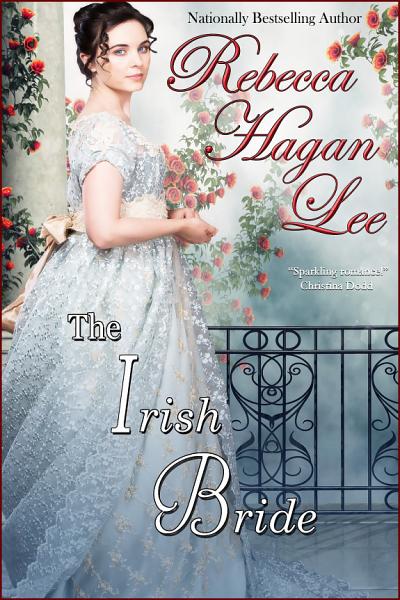 The saloonkeeper and the Irish rose…

When Jack O’Brien is forced to flee Ireland at the age of eighteen, he leaves behind both his beloved homeland and the only woman he will ever love. He never expects to lay eyes on Clare Rafferty again…until the day he walks into his very own saloon and finds her singing on his stage.

With her ebony hair and ruby red lips, Clare still has the face and voice of an angel. Although furious at Jack for abandoning her, she can’t help but notice that the boy she once adored has become a dangerously attractive man.

What Clare doesn’t know is that Jack is not only a successful saloonkeeper, but an accomplished Pinkerton agent. As irresistible passion flares between them, they must face the greatest threat of their lives—one that will force them to choose between clinging to the past…or embracing a future in each other’s arms…

Book 4 of the Gold Coast Bridesseries, which includes THE TREASURE BRIDE, THE SILK BRIDE, THE HEIRESS BRIDE, and THE IRISH BRIDE

“Rebecca Hagan Lee is a writer on the rise!” — Romantic Times

“The Treasure Brideis an incredible diamond. Historical romance fans are fortunate to have a treasure like Rebecca Hagan Lee.” — Affaire de Coeur