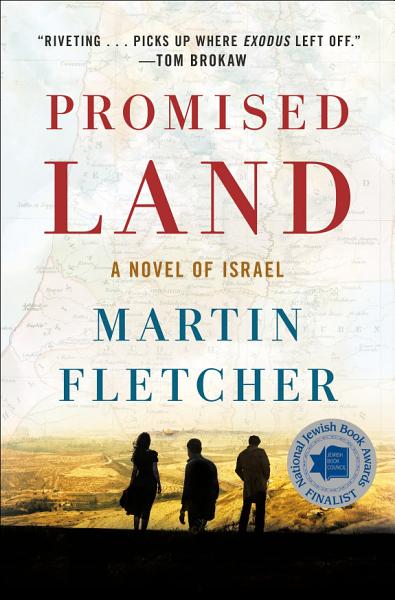 "Martin Fletcher, who headed up NBC TV’s Tel Aviv News Bureau, knows his territory and it shows on every page. Promised Land is a great sweeping epic, reminiscent of Leon Uris’ Exodus; a moving story of triumph and tragedy, new love and historic hate, expertly told by a cast of unforgettable characters. Fletcher’s writing is superb and rises to the level of importance that this story demands and deserves. Historical novels don’t get much better than Promised Land." —Nelson DeMille, #1 New York Times bestselling author of The Cuban Affair

Promised Land is the sweeping saga of two brothers and the woman they love, a devastating love triangle set against the tumultuous founding of Israel.

The story begins when fourteen-year-old Peter is sent west to America to escape the growing horror of Nazi Germany. But his younger brother Arie and their entire family are sent east to the death camps. Only Arie survives.

The brothers reunite in the nascent Jewish state, where Arie becomes a businessman and one of the richest men in Israel while Peter becomes a top Mossad agent heading some of Israel’s most vital espionage operations. One brother builds Israel, the other protects it.

But they also fall in love with the same woman, Tamara, a lonely Jewish refugee from Cairo. And over the next two decades, as their new homeland faces extraordinary obstacles that could destroy it, the brothers’ intrigues and jealousies threaten to tear their new lives apart.