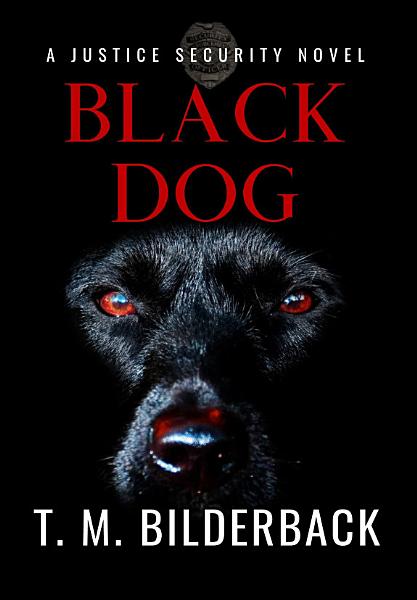 Inspired by the classic Led Zeppelin song, and the twelfth Justice Security story, Black Dog takes place very soon after the events of Hell's Bells. The story opens with Jessica Queen, Percival "King Louie" Washington, and Dexter Beck dealing with recurring nightmares. The dreams are so bad that all three consult with Dr. Caleb Mitchell, the Justice Security staff psychiatrist. Caleb discovers a common thread running through the dreams, and prescribes two things for each of them: a strong sedative to help them sleep, and to deal with the apparent issues that are causing the nightmares.

Jessica must deal with an earlier case - the genetically enhanced dog from Mama Told Me Not To Come. While assurances came from the owners of the deadly dog's siblings, Jessica doesn't believe that all of them are dead.

Louie, on the other hand, must deal with the betrayal of his former girlfriend, Donna. Since Donna was an agent working for Esteban Fernandez, Louie has been afraid to date anyone. He must overcome his fears, and convince himself that not every woman is going to betray him and those he loves.

Dexter is dealing with his own issues, and his problems won't go away without some serious soul-searching.

Meanwhile, Carly Stewart-Li has returned from rehab, and has made an unexpected life choice: she's chosen to turn her back completely on Hollywood, and wants to become a plainclothes operative for Justice Security!

Grief, twists, turns, and the loss of another partner...Black Dog gives you a look at the private lives of the people of Justice Security!