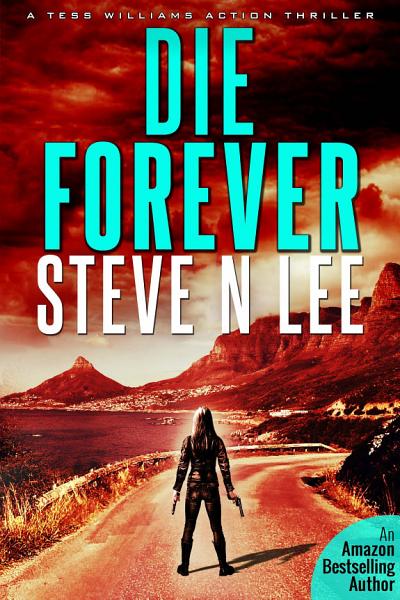 ★★★★★ “Sensational read! I never realized I was holding my breath with the tension! Tess is my kick ass heroine!” Miss J Buckley

Rogue assassin Tess Williams prowls the city’s shadows where she preys on killers, pimps, gangbangers, rapists… the monsters that ruin lives. Haunted by a tragic past, she’ll risk everything to protect the innocent and avenge the dead.

A brutal gang is terrorizing Manhattan by snatching women off the streets and making their worst nightmare a reality, so Tess storms into action, determined to nail the monsters whatever the cost. However, every lead slams her into a dead end… until she uncovers one shocking clue.

But just when she thinks she’s closing in on the gang, the biggest danger she’s ever faced may be the one she’s hurtling toward. Unfortunately for Tess, the secret to eliminating this depraved scum lies halfway around the world in a crime-infested hellhole where shootouts, abductions, and murders are all parts of everyday life.

Alone, in one of the deadliest places on the planet, Tess relaunches her investigation, but before she knows it, she’s trapped and fighting for her life against a horde of the most bloodthirsty psychos she’s ever encountered.

With the clock ticking, how can Tess get out alive and make it home to bury those monsters before they strike again?

★★★★★ “Once you sit down to read this you won't be getting up again until you've finished! Fast paced yet thought provoking – a great read.” Jan Simmons
★★★★★ “There’s something mesmerizing about Tess. You won’t be able to stop reading...it’s that compelling.” John Mariotti
★★★★★ “A good book for Reacher fans. Tess acts the way I wish Reacher did. He does a lot of thinking and very little acting. Tess does some thinking (just the right amount IMO) and a lot of well written ass kicking.” Lew Gibb
★★★★★ "Tess is an amazing character - tough, big heart and vulnerable… a gritty and fast-paced read." AlwaysReading
★★★★★ “Another tremendous vigilante adventure, full of pace, excitement and twists at every corner.” Liam McGurrin

If you love a troubled hero with a dark past, love pulse-pounding action and electrifying suspense, you MUST READ this series which has over 500 5-star reviews.


Can I Read this Book before the Others in the Series?

Yes, it's a standalone story. In fact, it was specifically written as an entry point for new readers to jump into the series.

Absolutely FREE!
You get Angel of Darkness Black File 10 free with this book (see the Table of Contents).

This series is gritty, action-packed crime fiction, not Miss Marple, so expect some violence, occasional strong language, and every so often, a scene of a sexual nature.

This paperback edition is 306 pages long.

★★★★★ “Great action and a great character. I loved this story. The settings, the plot, the fantastic fight scenes, and Tess, the main character most of all. Tess is a well written, real person with real flaws.” Lew Gibb