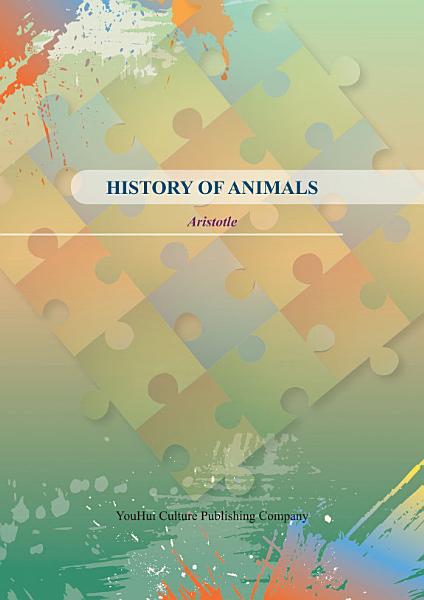 OF the parts of animals some are simple: to wit, all such as

divide into parts uniform with themselves, as flesh into flesh; others

are composite, such as divide into parts not uniform with

themselves, as, for instance, the hand does not divide into hands

nor the face into faces.

And of such as these, some are called not parts merely, but limbs

or members. Such are those parts that, while entire in themselves,

have within themselves other diverse parts: as for instance, the head,

foot, hand, the arm as a whole, the chest; for these are all in

themselves entire parts, and there are other diverse parts belonging

All those parts that do not subdivide into parts uniform with

themselves are composed of parts that do so subdivide, for instance,

hand is composed of flesh, sinews, and bones. Of animals, some

resemble one another in all their parts, while others have parts

wherein they differ. Sometimes the parts are identical in form or

species, as, for instance, one man's nose or eye resembles another

man's nose or eye, flesh flesh, and bone bone; and in like manner with

a horse, and with all other animals which we reckon to be of one and

the same species: for as the whole is to the whole, so each to each

are the parts severally. In other cases the parts are identical,

save only for a difference in the way of excess or defect, as is the

case in such animals as are of one and the same genus. By 'genus' I

mean, for instance, Bird or Fish, for each of these is subject to

difference in respect of its genus, and there are many species of

fishes and of birds.