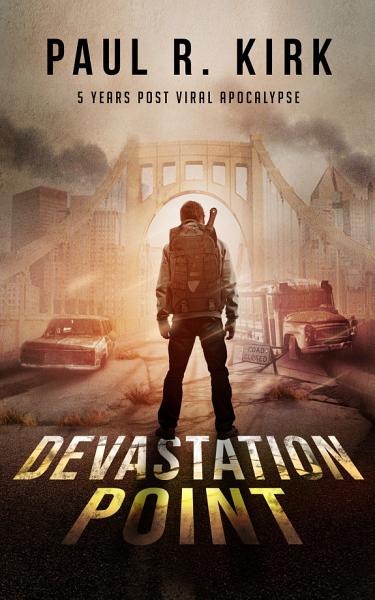 What would you do if you were stranded halfway around the world when it crumbled? The world collapsed after the spread of the hyper-aggressive H5N1 Avian plague and several airborne mutations. By simply breathing the air, billions upon billions around the world died in less than a few months' time.

Soon after, technology and infrastructure disintegrated. Electricity is gone; there are no cell phones, Internet, television or much else. Humanity lies in waste, disease and ruin. Among the remaining survivors, one very rare gene in the human DNA surfaced as resistant to the onslaught.

Stuck in the remote mining town of Mudgee, Australia, Airborne Special Forces Colonel Connor MacMillen survives the dark and dangerous times. Motivated by family, he intends to get home to Pittsburgh, Pennsylvania--or rather, the Fayette Mountains south of Pittsburgh. He has unfinished business to attend to there.

After four impossible years traveling in a post-apocalyptic world, Connor Mac lands in San Francisco and commences the last leg of his journey across the continental United States.

DEVASTATION POINT begins Connor Mac's exploits in the fifth year of the New Dark Ages as he encounters a strange and changed America turned upside down by the "Cuckoo Flu".

Encountering new friends as well as making fierce enemies along the way, his personal journey reveals a furious and confident fight for life. But, unbeknownst to Connor Mac, his journey to get home is noticed by those still in power in America; and they’re looking for him. It seems he is decidedly different than most men left standing. While all living men are infertile, he is still able to reproduce. And, that changes everything.

DEVASTATION POINT takes a comprehensive look at how one man, trained by America's best, would respond to a world completely altered by the pandemic destruction. To Connor Mac, family connections are critical and returning home can be a prime motivator for one last and final mission.

“DEVASTATION POINT stands head and shoulders over the pulp that permeates the post-apocalyptic genre.”

"A full and complete first novel of over 250,000 words, aficionados of the post-apocalyptic genre will fully enjoy reading this."

"This is an exploration of what it might take to smartly survive the apocalypse and still retain the higher elements of what it means to be human. Sorry, but there are no Zombies.”