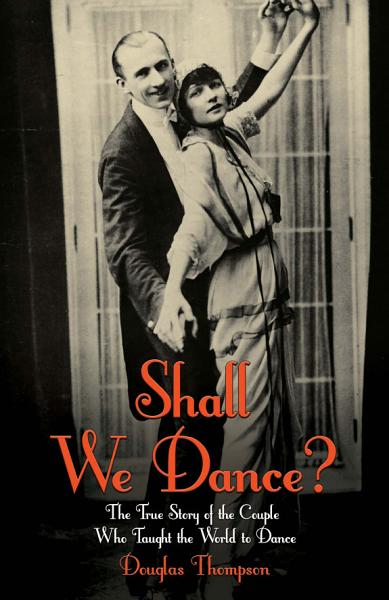 On the eve of the Great War, they had the world at - and watching - their feet. If God is in the details, they were divine.Vernon and Irene Castle were the world's first true celebrity couple. He, an Englishman, was tall and slim, as poised as an elegant evening out, a template for the Hollywood idols who would follow. In a staid age, she, a New Yorker, was a glorious, modern beauty, with her haired cropped into a 'shock', a disdain for crippling corsets, a love of a martini and a good time.Together, they beat the censors and made their vibrant dancing acceptable for all. In the fashionable quarters of New York they opened a dance school and night clubs to which Society flocked. They broke the rules by touring with black musicians, and led the way forward to the Charleston-galloping Gatsby Generation. They enlightened and enchanted from London to Paris to New York, spreading a breathless joy, as though their music had one note, and their dances one step, too many. Launching one racy dance craze after another, they taught the world to dance - and often dress - the way we do today. Adored and acclaimed, they were stars long before the celebrity constellations grew crowded.Yet the whirlwind story of perhaps the most influential dance team ever is also one of tragedy. Their timing, so perfect in everything else, saw Vernon Castle, at the height of their fame, return to England to enlist in the Royal Flying Corps; he saw action as a pilot on the Western Front, winning the Croix de Guerre, while his wife made special appearances to support the Allied war effort. And then, in February 1918, he was killed in a flying accident in Texas, while training American pilots for war. Irene received a last note from him: 'When you receive this letter I shall be gone out of your sweet life. You may be sure that I died with your sweet name on my lips... be brave and don't cry, my angel.'She and many others did cry, for as far as the world was concerned Vernon and Irene Castle could have danced all night, and for ever.'The afternoon was already planned; they were going dancing - for those were the great days: Maurice was tangoing in "Over the River", the Castles were doing a stiffed-leg walk in the third act of the 'Sunshine Girl' - a walk that gave the modern dance a social position and brought the nice girl into the café, thus beginning a profound revolution in American life. The great rich empire was feeling its oats and was out for some not too plebeian, yet not too artistic fun.' - F. Scott Fitzgerald, 'The Perfect Life', one of the Basil and Josephine Stories, first published in the Saturday Evening Post, 5 January 1929.