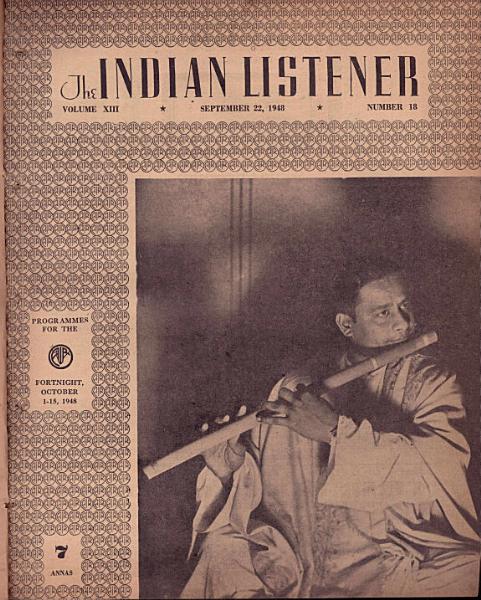 The Indian Listener (fortnightly programme journal of AIR in English) published by The Indian State Broadcasting Service,Bombay ,started on 22 December, 1935 and was the successor to the Indian Radio Times in english, which was published beginning in July 16 of 1927.

From 22 August ,1937 onwards, it was published by All India Radio,New Delhi.In 1950,it was turned into a weekly journal.

It used to serve the listener as a bradshaw of broadcasting ,and give listener the useful information in an interesting manner about programmes,who writes them,take part in them and produce them along with photographs of performing artists.

It also contains the information of major changes in the policy and service of the organisation.

NAME OF THE JOURNAL: The Indian Listener

LANGUAGE OF THE JOURNAL: English

PERIODICITY OF THE JOURNAL: Fortnightly