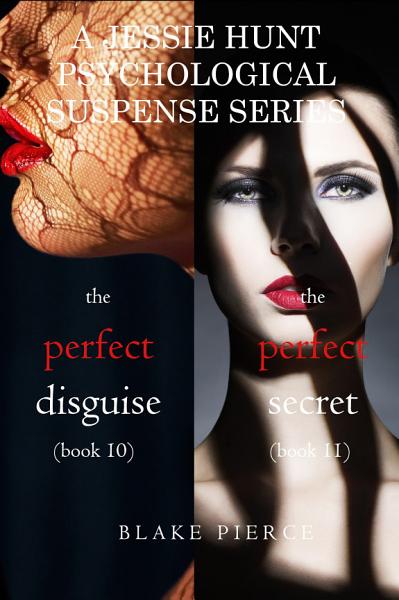 A bundle of books #10 (THE PERFECT DISGUISE) and #11 (THE PERFECT SECRET) in Blake Pierce’s Jessie Hunt Psychological Suspense Mystery series! This bundle offers books ten and eleven in one convenient file, with over 100,000 words of reading.

In THE PERFECT DISGUISE (Book #10), when a demanding Hollywood starlet is murdered, Jessie must navigate her way through the murky world of film studios, casting directors, producers, agents, rival actors and an ecosystem of people who may have wanted her murdered. After one shocking twist after another, the truth, Jessie finds, may be much more unexpected than anyone thinks. Can Jessie, still wrestling with her own demons, enter the killer’s mind and stop him before he strikes again?

In THE PERFECT SECRET (Book #11), a wealthy mogul throws an exclusive party in his sprawling and secretive Beverly Hills mansion, only to have the night end with one of his high-society guests murdered—forcing Jessie to enter the sleazy world of the elite. As Jessie begins to unearth the secrets they hide behind their perfect facades, she wonders: was the murder related to an affair? Or was there a much more nefarious motive at stake?

A fast-paced psychological suspense thriller with unforgettable characters and heart-pounding suspense, the JESSIE HUNT suspense series is a riveting new series that will leave you turning pages late into the night.