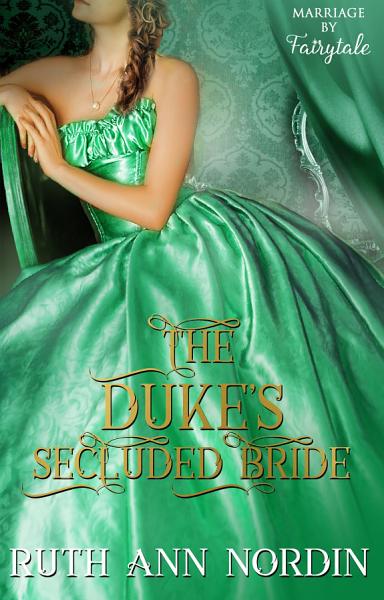 Most gentlemen wait to get married because they want time to enjoy being a bachelor before taking on the responsibilities of a married gentleman. Baldwin Darby, the Duke of Edmondstone, isn’t one of them. The life of a rogue never appealed to him. He’s wanted nothing more than to fall in love and live a quiet and uneventful life ever since he could remember. It wasn’t by choice that he hasn’t married yet. He’s just not very comfortable around ladies, which makes the marriage mart difficult for him.

So when his acquaintance mentions a sister at his country estate who is ready for marriage, he jumps at the chance for an arranged marriage. He’s been told she is extremely shy and that it takes her time to open up around strangers, so he might find her a bit strange when he initially meets her. But this doesn’t bother him. He’s a patient gentleman and can give her time to get used to him.

What he doesn’t count on, however, is just how strange everything is when he gets to the country estate. She refuses to leave her section of the manor, she has to go to bed before it’s dark, and she has an unusual fascination for monsters. Despite all of that, she is beautiful and possesses a sweet temperament. He wishes he could figure out a way to help her embrace a normal life.

If he keeps pressing for her to have a normal life, he just might get his wish. But nothing will prepare him for the truth.

*This is loosely based off the Rapunzel fairy tale.