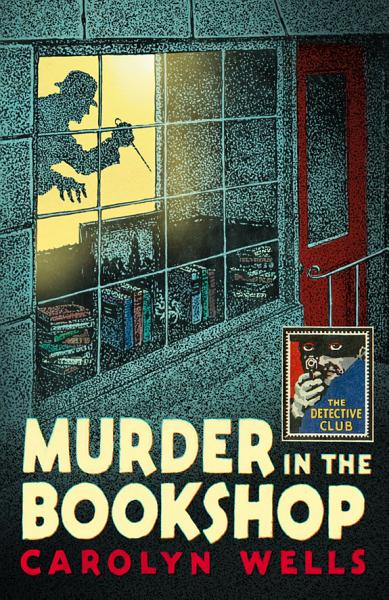 Book 50 in the Detective Club Crime Classics series is Carolyn Wells’ Murder in the Bookshop, a classic locked room murder mystery which will have a special resonance for lovers and collectors of Golden Age detective fiction. Includes a bonus murder story: ‘The Shakespeare Title-Page Mystery’.

When Philip Balfour is found murdered in a New York bookstore, the number one suspect is his librarian, a man who has coveted Balfour’s widow. But when the police discover that a book worth $100,000 is missing, detective Fleming Stone realises that some people covet rare volumes even more highly than other men’s wives, and embarks on one of his most dangerous investigations.

A successful poet and children’s author, Carolyn Wells discovered mystery fiction in her forties and went on to become one of America’s most popular Golden Age writers. Penning 82 detective novels between 1909 and her death in 1942, she was mourned in 1968 by the great John Dickson Carr as one of mystery fiction’s ‘lost ladies now well lost’, and remains undeservedly neglected 50 years later. Murder in the Bookshop is a story laced with criminality, locked rooms and bookish intricacies that any bibliophile will find irresistible.

This Detective Club hardback is introduced by award-winning writer and authority on Golden Age detective fiction, Curtis Evans, and includes ‘The Shakespeare Title-Page Mystery’, a murderous tale of literary shenanigans that was one of the last pieces of detective fiction which Carolyn Wells ever published.