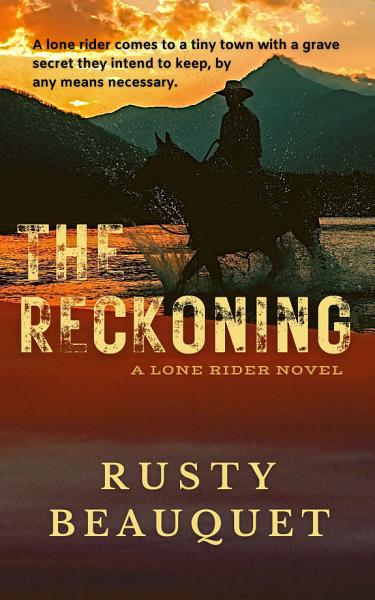 A reticent stranger. A town keeping a grave secret. And there’s a score to settle, things to put right.

An unsuspecting lone rider comes to a tiny town on the west bank of the Pecos River possessing a terrible secret the residents are determined to protect. By violence if necessary.

When McNeil rode into Dead Horse Crossing, a tiny town on the west bank of the Pecos, he wasn’t looking for trouble. Tight-lipped about the purpose of his visit, he immediately gets a chilly reception from the townspeople. McNeil rents a room at the hotel, only to be harassed by a cowboy named Cotton Patrick for no apparent reason. McNeil’s attempts to get directions to an area ranch create further hostility, prompting a local powerful rancher, Bull Sommers, to take a keen interest in McNeil’s presence. McNeil visits the town marshal’s office for help only to discover that the marshal, Bud Long, also doubles as the town drunk and is useless. McNeil mentions he is trying to locate a rancher named Denton Everhart at the local Lazy E ranch and Long becomes as hostile as the rest of townsfolk. Then when he persists in riding out to the Lazy E, real trouble finds him. It becomes apparent that the good people of Dead Horse Crossing have something to hide. And when McNeil stumbles onto their terrible secret, he touches a nerve so sensitive he spends the rest of his time in town fighting for his life. But he isn’t the only one. Part of the secret McNeil uncovers means he has a score to settle. Before he quits this speck of a town on the edge of the Chihuahuan Desert, others will fight to stay alive, too. For McNeil, it’s not about revenge. He demands a reckoning.

Something terrible is happening in Dead Horse Crossing. And someone must stop it. Someone needs to pay. Outnumbered and outgunned, can McNeil survive to set things right? Or will evil triumph and the guilty go free?

The Reckoning, the debut novel in the new Lone Rider classic western fiction series, is perfect for fans of the greats like Louis L’Amour, Ralph Compton, and Elmer Kelton.