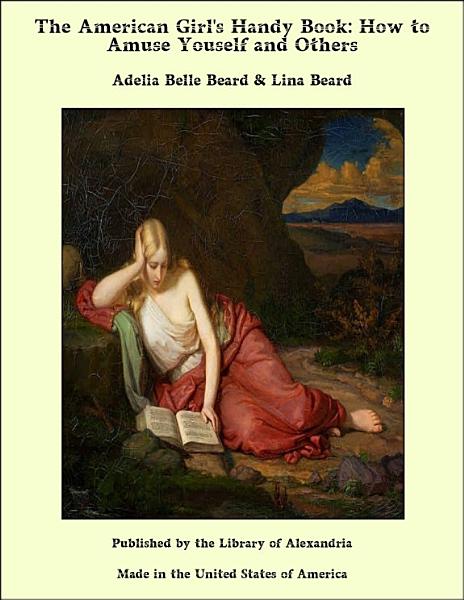 The American Girls Handy Book How To Amuse Youself And Others

HIS is the children’s own day, and no assumption of dignity on the part of their elders can deter them from exercising the privileges granted to them by acknowledged custom and precedent.

“April fool! April fool!” cries my little nephew, as he dances with delight to see his aunt walk out of the room with a piece of white paper dangling from a hooked pin, attached to her dress.

“April fool! April fool!” shout the children in the street, thus announcing the success of some practical joke.

“April fool!” laughs everyone at the table, when some unfortunate bites into a brown, wholesome-looking cruller, only to find it a delusion and a snare, the coat of a cruller, but the inside of cotton.

“April fool! April fool!” is what even the little sparrows seem to chirp, as with a “s-w-h-e-r-r” they sweep down from the tree and, frightening away the kitten, take forcible possession of her bone. What does all this mean? Why is the first day of April called “All-Fools-Day,” and when or where did the custom of the day originate? Who can tell? No one seems to know. Even the derivation of the word April does not appear to have been definitely settled, and this saucy month, with her mischievous tricks and pranks, her surprises and mysteries, fools and puzzles our wisest men.

Through many centuries the observance of All-Fools-Day has descended to us. In many climes and many countries this day is chosen as the proper time for playing tricks on the unsuspecting.

“Festum Fatuorum,” or “Fools’ Holiday,” is what it was called in England at the time of the arrival of the early Christians in that country.

Easily caught like the mackerel, which are plentiful on the French coast in April and are said to be deficient in understanding, the April fool in France derives his name from that fish, and is called “Poisson d’Avril” or “April Fish,” and again, “Silly Mackerel.” From the cuckoo, a bird that does not know enough to build its own nest, the appellation of “gowk” is taken, and is given to the foolish one in Scotland who allows himself to be duped on this day.