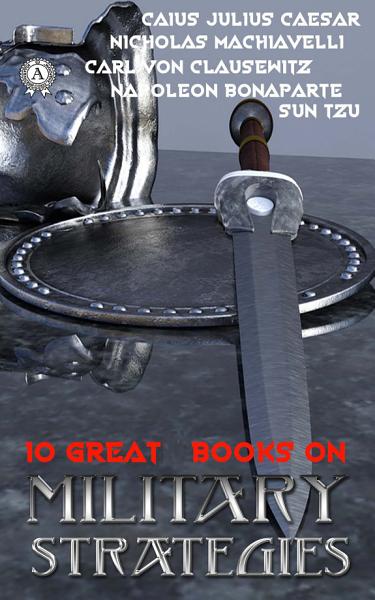 The study of the works of the great commanders and philosophers of the past is a very important part of military education Military activity has been a constant process over thousands of years, and the essential tactics, strategy, and goals of military operations have been unchanging throughout history. Via the study of history, the military seeks to avoid past mistakes, and improve upon its current performance by instilling an ability in commanders to perceive historical parallels during battle, so as to capitalize on the lessons learned. The main areas military history includes are the history of wars, battles, and combats, history of the military art, and history of each specific military service. This book includes unique works of Sun Tsu, Thucydides, Sextus Julius Frontinus, Julius Caesar, Xenophon, Flavius Vegetius Renatus, Machiavelli, T.E. Lawrence, Napoleon Bonaparte, Carl von Clausewitz.

Sun Tzu - The Art of War

Thucydides - The History of the Peloponnesian War

Caius Julius Caesar - The War In Gaul; The Civil War

Niccolo Machiavelli - The Art of War; The Prince

Flavius Vegetius Renatus - The Military Institutions of the Romans