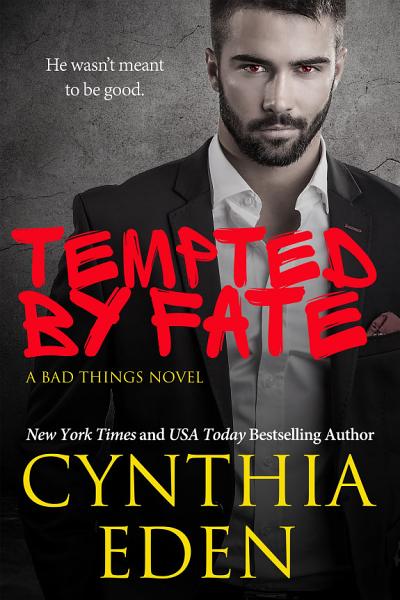 You can’t cheat Fate…and for the record, she really doesn’t like it when you betray her, either.

Leo is used to having power. After all, he carries the title Lord of the Light for a reason—he’s a supernatural powerhouse and his job is protect all of the “light” paranormals in the world. He’s used to snapping his fingers and getting anything—or anyone—he wants.  But when he fell for Fate, Leo learned that power didn’t get a man everything.  In fact, it didn’t even get him the one woman he wanted most…

Fate…AKA Mora (that’s the name she prefers to use—a lot less weighty on her shoulders) has spent centuries hiding from her supernatural ex-lover Leo. Most people fear Leo and rightly so.  He’s got immense power and a definite date with an unfortunate end-of-the-world calamity.   When Leo seduced Mora and promised to put the world at her feet, she actually thought the guy had fallen for her. Too late, she discovered he was just using her in an attempt to change his destiny.

And Leo’s destiny? It’s not pretty. Some very, very bad things are coming for him. Mora shouldn’t care about the danger he faces. She should turn her back on her ex. His heart is ice cold, she knows that, but her own heart…it’s still a little weak where Leo is concerned.

Leo has tried to walk on the side of good for a long time…but his sins are coming back to haunt him. A darkness is trying to consume him, and if Mora can’t help him…then it’s not just Leo who will pay the price for his past. The whole world will change.

You think you know the Lord of the Light? Think again.