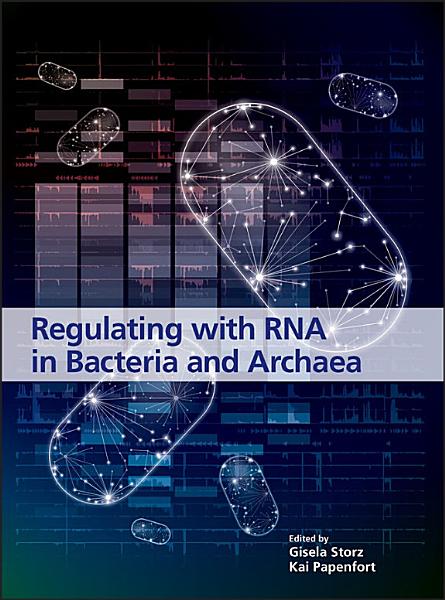 Regulating With Rna In Bacteria And Archaea

Revealing the many roles of RNA in regulating gene expression

For decades after the discoveries of messenger RNA, transfer RNA, and ribosomal RNA, it was largely assumed that the role of RNA in the cell was limited to shuttling the genomic message, chaperoning amino acids, and toiling in the ribosomes.

Eventually, hints that RNA molecules might have regulatory roles began to appear. With the advent of genomics and bioinformatics, it became evident that numerous other RNA forms exist and have specific functions, including small RNAs (sRNA), RNA thermometers, and riboswitches to regulate core metabolic pathways, bacterial pathogenesis, iron homeostasis, quorum sensing, and biofilm formation.

All of these functions, and more, are presented in Regulating with RNA in Bacteria and Archaea, written by RNA biologists from around the globe. Divided into eight sections-RNases and Helicases, Cis-Acting RNAs, Cis Encoded Base Pairing RNAs, Trans-Encoded Base Pairing RNAs, Protein Titration and Scaffolding, General Considerations, Emerging Topics, and Resources-this book serves as an excellent resource for established RNA biologists and for the many scientists who are studying regulated cellular systems.

It is no longer a fair assumption that gene expression regulation is the provenance of proteins only or that control is exerted primarily at the level of transcription. This book makes clear that regulatory RNAs are key partners along with proteins in controlling the complex interactions and pathways found within prokaryotes.