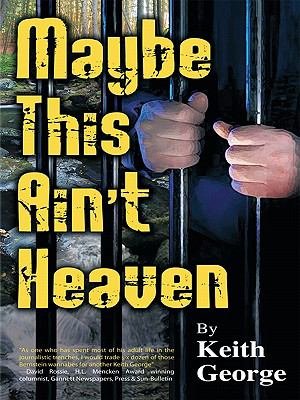 When millionaire ad executive Rich Larson flees New York for the Catskills, he seeks the kind of happiness derived from a rod, reel, and a bucket of worms. But after he assumes a new identity as Johnny Paycash, a singer-songwriter who regularly performs at the Hooten Holler Taproom, he is inexplicably framed as a drug-dealing terrorist by a crooked, cross-dressing cop.

After his fingerprints are found on a bag of cocaine, Johnny is arrested, thrown in the slammer, and forced to rely on Fat Schanz, his gambling-addicted ex-convict lawyer, to bail him out. If not for his girlfriend, Sugarfoot, a vivacious farm girl who sings like an angel and shoots like Annie Oakley, Johnny might go insanethe exact defense his lawyer is planning on his behalf. As Johnny stands in court in front of Judge Perkins, he receives raucous support from the unruly regulars of the Hooten Holler Taproomincluding Big Al, a house painter who looks like Elvis, and Tommy Dick, a womanizing honky-tonk piano man.

As mayhem surrounds the trial, a mysterious ghostwriting gossip columnist chronicles the adventures and leads the entire oddball group to a surprise unveiling of the truth about a kidnapping, a murder, and quite possibly a miracle.