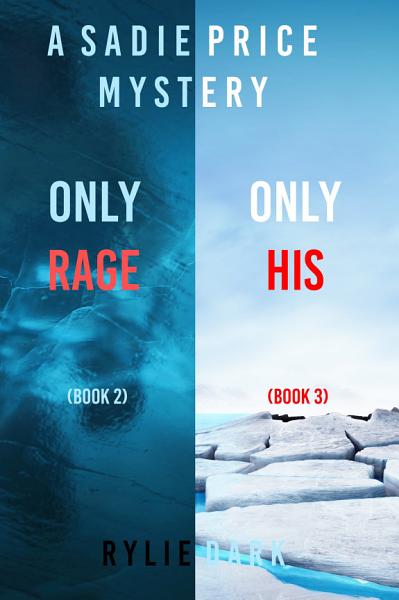 A bundle of books #2 (ONLY RAGE) and #3 (ONLY HIS) in Rylie Dark’s Sadie Price FBI Suspense Thriller series! This bundle offers books two and three in one convenient file, with over 100,000 words of reading.

Special Agent Sadie Price, a 29-year-old rising star in the FBI’s BAU unit, stuns her colleagues by requesting reassignment to the FBI’s remote Alaskan field office. Back in her home state, a place she vowed she would never return, Sadie, running from a secret in her recent past and back into her old one, finds herself facing her demons—including her sister’s unsolved murder—while assigned to hunt down a new serial killer.

In ONLY RAGE (Book #2), FBI Special Agent Sadie Price has barely recovered from her last case when she is assigned to an urgent, new one: a gruesome discovery has revealed women are turning up dead, their bodies found in the cargo holds of fishing boats, half-eaten by crabs. Sadie, stuck for the winter and here to stay, must form a tenuous alliance with Sheriff Logan Cooper and the local bar owner if she is to penetrate the icy wall of outcast locals. Exploring the harbor and the crusty workers who inhabit it, Sadie needs answers to this seemingly unsolvable string of murders—and to the mysteries of her own past. Suspects abound in the remote and unforgiving landscape. But this is no garden variety killer, and hunting him down may end up a bridge too far even for a brilliant agent like Sadie. In a deadly game of cat and mouse, can Sadie prove herself a match for this killer? Or will he prove to be her undoing?

In ONLY HIS (Book #3), when a young woman is found mauled by a bear—the second case in one week—the authorities chalk it up to a desperate animal, driven by hunger to attack. Nature, as far as the locals are concerned, can be as cruel a killer as any murderer. But Sadie isn’t convinced. She suspects a serial killer, and when she realizes both victims were young women living alone in cabins, she takes it upon herself to visit a string of isolated, desolate cabins in the wilderness, including one with particular significance—her father’s. When a third woman is found, Sadie knows she is the only thing standing between this diabolical killer and his innocent, next victim. But in the forbidding wilderness, in the thick of winter, can Sadie reach the woman before it’s too late? And can she stop this killer all while unearthing the ghosts of her own family’s past?

An action-packed page-turner, the SADIE PRICE series is a riveting crime thriller, jammed with suspense, surprises and twists and turns that you won’t see coming. It will have you fall in love with a brilliant and scarred new character, while challenging you, amidst a barren landscape, to solve an impenetrable crime.

Books #4-#6 in the series—ONLY ONCE, ONLY SPITE, and ONLY MADNESS—are also available.