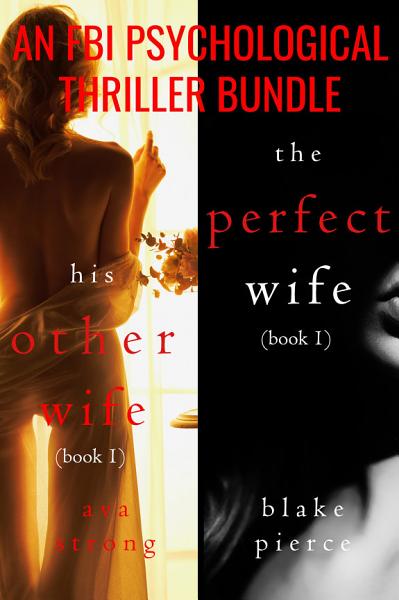 A two-book mystery bundle by debut author Ava Strong and #1 bestselling author Blake Pierce, author of ONCE GONE, a #1 bestseller on Amazon with over 1,000 five star reviews!

In HIS OTHER WIFE (Book #1) by Ava Strong, Stella seems to have her whole life ahead of her: she has just graduated with a dual masters in Psychology and Criminal Justice, she is engaged to the man of her dreams after a whirlwind romance, and she is moving to the East Coast with him as she prepares for the wedding and searches for a dream job, hoping to be a criminal profiler. She is unbelievably excited for her life together with Chris—until she meets his family. Stella, from a humble Midwestern upbringing, never felt comfortable around money, and she hates the world Chris comes from. She is in shock at the culture clash as she gets to know his elitist family and friends, all of whom look down on her. Isolated and demeaned, Stella wonders if she can live a life in such hostile surroundings. They move into the guest house on his estate, and things only get worse. As Stella meets his ex and his friends at his club, all of whom seem to know something she doesn’t, she wonders if Chris is really the man she thought he was. As she learns more about his past and discovers his dark side, she wonders if she has made a big mistake. Beneath its trimmed hedgerows and gleaming storefronts, Stella soon realizes that this wealthy town hides terrible secrets. But before she can decide what to do, a murder leaves her blindsided. Stella, implicated, her future on the line, has no choice but to investigate. As her dreams devolves into hell, Stella, still struggling to overcome her own traumatic past, questions everything around her—including her own sanity. Can she find the killer, and clear her name, before it’s too late?

In THE PERFECT WIFE (Book #1) by Blake Pierce, criminal profiler-in-training Jessie Hunt is sure she's finally put the darkness of her childhood behind her. She and her husband, Kyle, just moved from a cramped downtown Los Angeles apartment into a Westport Beach mansion. Kyle's promotion has them swimming in money, and Jessie is on the verge of getting her master’s degree in forensic psychology. But soon after their arrival, Jessie begins to notice a series of strange developments. The neighbors—and their au pairs—all seem to be hiding secrets. The mysterious yacht club Kyle is desperate to join is rife with cheating spouses, and with troubling rules of its own. And the notorious serial killer being held at the psychiatric hospital where Jessie is completing her degree seems to know more about her life than is normal—or safe. As her world starts to unravel, Jessie begins to question everything around her—including her own sanity. Has she truly uncovered a disturbing conspiracy buried within a sunny, wealthy Southern California beach town? Does the mass murderer she's studying really somehow know the origin of her private nightmares? Or has her tortured past finally come back to claim her?

Dark and suspenseful crime thrillers, the STELLA FALL and JESSIE HUNT series are breathtaking page-turners, unputdownable mystery and suspense novels. With compelling and perplexing psychological thrillers, rife with twists and jaw-dropping secrets, they will make you fall in love with their brilliant new female protagonists, while they keeps you shocked late into the night.

Books #2 in each series series—NOT LIKE HE SEEMED and THE PERFECT BLOCK—are also available.