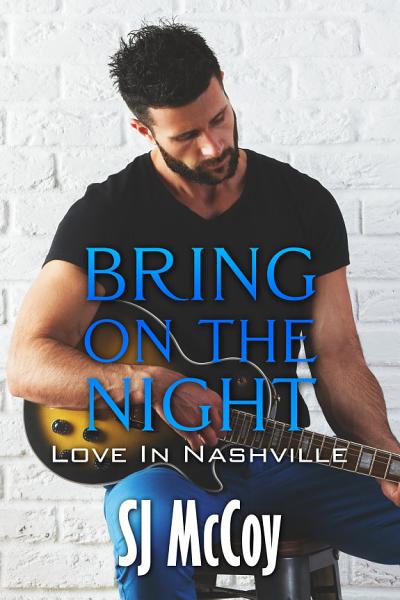 Bring On The Night

She's the head of a major country music record label. She's worked hard to get where she is. She demands the best of herself—and of everyone around her.

He's the label's biggest star—and the biggest pain in the a** she ever met. It's not that he's one of those arrogant musicians; to be fair, he's not a bad guy. In fact, he's a great guy.

It's just that he irritates the life out of her.

Because, although she can see his charms, she's not one of those women who's going to fall for them.

Sure, he's hot. Sure, he's sweet. What woman wouldn't fall for him? She's managed to avoid it for all the years they’ve worked together, but something is changing.

What she doesn't know is that he's finally decided he doesn't want to wait any longer to make her his girl.

Matt will melt your heart as he makes his play for tough girl, Autumn.

Pick up your copy of this sweet and steamy first book in the new “Love in Nashville” series from SJ McCoy.

This story is intended for readers aged 18+

A sweet n steamy, small town romance with a focus on fun, friendships and happily ever afters. It follows a group of friends in a small lakeside town in the California hills.

Book 2: Too Much Love to Hide - Maria and Zack

And there are several more to come.

In the original Summer Lake Series each book can be read as a standalone – no cliff hangers here! Each book contains one couple's story. However, they are best read in order to get full enjoyment of the underlying story and friendships.

Book 1: Love Like You've Never Been Hurt - Emma and Jack

Book 2: Work Like You Don't Need the Money - Pete and Holly

Book 4: Fly Like You've Never Been Grounded - Smoke and Laura

Book 7: Smile Like You Mean It - Gabe and Renée

Summer Lake Silver is a new series featuring couples in their fifties and older. Just because a few decades—or more—have skipped by since you were in your twenties it doesn’t mean you can’t find love, does it? Summer Lake Silver stories find happily ever afters for those who remember being thirty-something—vaguely.

Four Weddings and a Vendetta

Book 3: Give Hope a Chance

The sexy brothers, of the billionaire Davenport family. In their own words they are - the "Suit", the "Vet" and the "Geek."