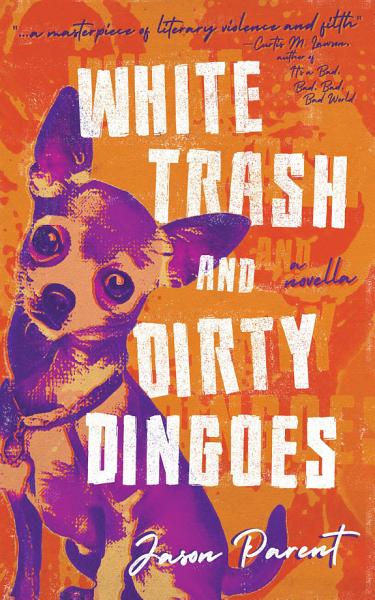 Gordon is a bad man. Violent and vulgar, crude and a little crazy, he’s the kind of guy who takes what he wants no matter who he has to go through to get it. But when he meets Sarah, a strung-out stripper indebted to her sleazebag boss, he finds something more valuable than all the bank loot he’s just stolen: raunchy, filthy, unapologetic love. And when she steals every penny of his score out from under him, he knows he’s found his soulmate.

As quickly as love comes, it is lost. When Sarah causes the disappearance of her boss’s priceless Chihuahua, she also disappears, and the odds Gordon will see his new love again shrivel like nuts in a polar plunge. Armed to the teeth and ready to rumble, Gordon’s going to have to kill a whole lot of SOBs to get Sarah and his money back.

“Jason Parent reminds me of an outwardly unassuming serial killer whom neighbors describe as a quiet man, the kind of guy who keeps to himself, and who wouldn’t hurt a fly. On the evidence of his latest book, Parent belongs, not only on your reading list, but also on some kind of government watch list. White Trash and Dirty Dingoes is a laudably offensive (the outrage mob are gonna love this one), gratuitously violent, relentlessly sleazy slice of ‘Florida Man’-pulp that reads like the kinda thing Elmore Leonard and Charles Willeford might have cooked up in the strip club at the tail end of a meth binge. Fast, funny (there’s a laugh every paragraph, let alone page) and most of all wrong…so, so wrong. Read this guano-crazy thing before they lobotomize the man (and rightly so).” —Adam Howe, author of Tijuana Donkey Showdown and Scapegoat (with James Newman)

“White Trash and Dirty Dingoes is an incredible study in excess. This story is overflowing with pulp action, raunchy sex, and the kind of lowbrow humor that you’ll hate yourself for laughing at, even as you can’t help it. Jason Parent has merged neo-noir, exploitation, and black comedy into a masterpiece of literary violence and filth.” —Curtis M. Lawson, author of It’s a Bad, Bad, Bad, Bad World