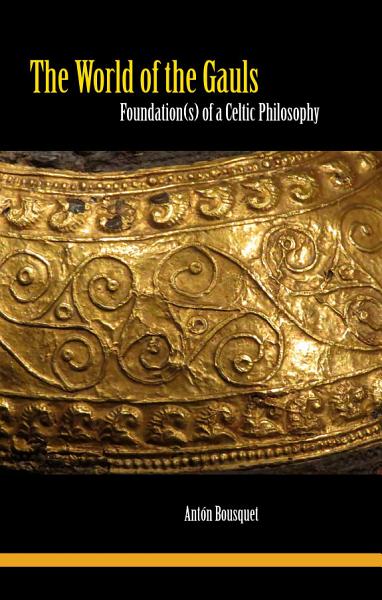 The World Of The Gauls

More than two millennia after the Roman conquest that marked the beginning of the fading away of the Gaulish tongue and culture, traces of the world of the Gauls still pervade their land. The Gauls obstinately refused to put their worldview into writing, but they nonetheless left a foundation, buried into the soil in the form of artifacts or written in the manuscripts of their neighbors. The artworks of the Gauls, in particular, represent an invaluable source concerning the way the early Celts viewed the creation: more than mere folklore, it is also a philosophy that can be seen behind the images that they carved on rocks, stamped on coins, or cast in bronze. The world of the Gauls is gone, but its foundations remain, and they can become the basis for the edification of something new, a philosophy that will not be a reconstruction of the philosophy of the ancient Celts, but rather only one that shares roots with it. The present work examines these foundations and uses them as the starting point of a modern Celtic philosophy.

The backbone of the old foundation is the tripartition of the creation into three realms: the first is the Dubnos, which is the Dark and the Deep, the earth, the waters, and the shadows of the night. The “middle realm” is Bitu, Life and Being, which is characterized by the color of blood: the one of the dawn and the dusk. Finally, the last one is the Albios, which is the Bright, the light of the skies that illuminates the day, and all that cannot be touched with the hands, that is, the metaphysical world. The three realms of nature, to which the Gauls associated different gods, are themselves constantly at war with one another, as reflected in their central myth, and it is through this harmonious strife that the creation can flourish and that man can accomplish his destiny.

This book represents an encounter between the traces of the essence of the Gaulish world and the works of ancient and modern philosophers such as Heraclitus and Heidegger, an encounter that offers a new vision of the world in which man lives.