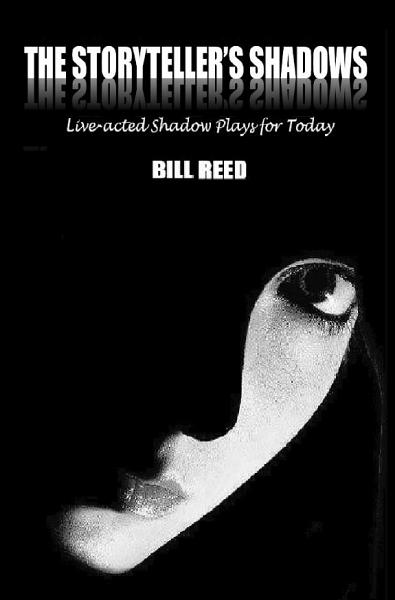 The live-acted shadow play of today uses live actors to evoke fantasy combined with realism to illustrate a fully-rounded play narrated by a storyteller sitting in full audience view.

It is not a puppet show.  It does not demand actors contort themselves into amazing shapes like trees of elephants. It is a play-behind that theatrically lies in the unfurrowed field between mime and the theatre we conventionally know today.  It has hardly, if ever, been attempted in a full play’s setting until now.

Here are 14 pioneering live-acted shadow plays especially written for wholesale professional stage production, or for ‘picking-and-choosing’ by workshoppers and educators. Three of them are world classics by Gogol, Morton and Runyon especially adapted by Bill Reed; the others are of his own making.  Each contains probably a deliberate over-fullness of shadow-play directions, but only to give the director the widest choice of possibilities to get his shadow play to keep pace with the story, even if it’s not really practical to wholly keep up with every narrative twist and turn.

What each play has in common are elements of the fantastical and the magical threading through the down-to-earth, a blending that only the shadow play can evoke in any sort of encompassing harmony.

In its dynamic interplay of shadow acting and voice, the live-acted shadow play of today almost represents a new form of theatrical genre.