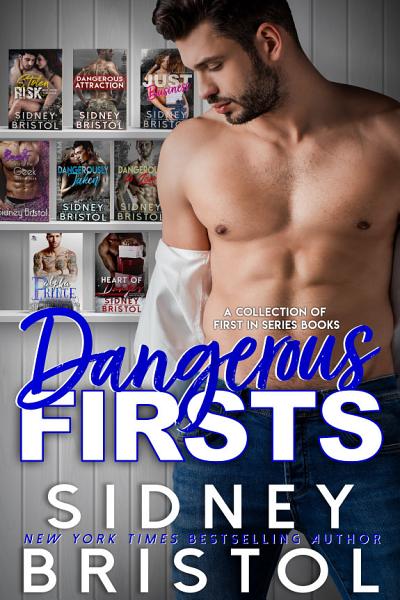 Settle in for your next exciting read. This box set contains the books: DANGEROUS ATTRACTION, BEAUTY AND THE GEEK, ALPHA PRINCE, DANGEROUS IN LOVE, HEART OF DANGER, DANGEROUSLY TAKEN, STOLEN RISK, and JUST BUSINESS.

The hunters become the hunted in this tale of serial killers and SEALs for hire. One broken man must unpack his baggage, a woman has made a leap of faith and a sister chooses to live.

BEAUTY AND THE GEEK, GONE GEEK 1

An on-line romance unplugs when these two lovers come face to face. Will their chemistry withstand the in-person test?

Beauty and the Geek

Mr. Purr-fect and the Geek

The Jock and the Geek

The Gamer and the Geek

The Adorkable Girl and the Geek

The Fake Boyfriend and the Geek

A one night stand turns into a race for survival. A private investigator must team up with a mafia princess in hiding to put a stop to her evil stepmother's schemes.

The last thing Shane and Lacey have time for is love. As the team races home and bullets fly, rules fall by the wayside and lines begin to blur. With a traitor in their midst, will love be a distraction or a strength?

HEART OF DANGER, BODY OF DANGER 1

Christmas is a special time of year for Valentina, and Duke is going to make sure it's a special one. Even if he has to take on the whole valley to make it happen.

The closer Erin and Riley get to the truth behind Erin's kidnapping the more dangerous their path becomes. Someone wants Erin silenced at any price. Riley can’t let that happen.

Tabby and Jamie must put aside their differences and ignore their chemistry if they're going to get to the bottom of the international theft before time runs out.

Haley is the only person Konstantin can trust to have his back, but being on the run together means facing the fact that he's very much in love with her. Together they'll face down an old threat and a new enemy all in the name of love and family.