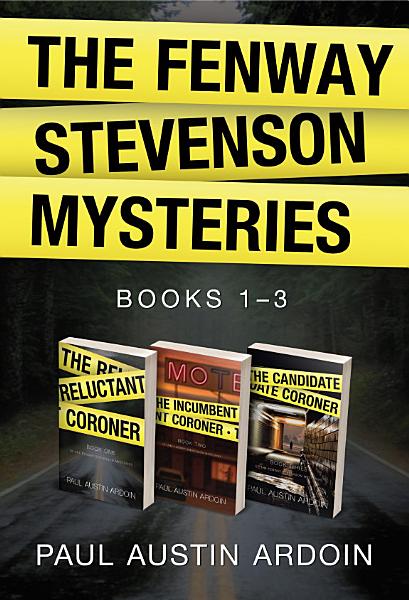 The Fenway Stevenson Mysteries Collection One

"If you love page-turning, unputdownable mysteries, then Ardoin is the real deal."

Blood is thicker than oil—until murder is involved!

The collection includes the first three books of The Fenway Stevenson Mysteries:

The Reluctant Coroner: Fenway Stevenson doesn't want to return to the coastal town where her estranged father is practically king. But the death of her mother draws her back home--and the murder of the county coroner draws her into a deepening conspiracy. As the body count rises and all signs seem to point toward her father's oil company, will Fenway uncover the truth before family bonds become deadly?

The Incumbent Coroner: The bizarre circumstances of Fenway Stevenson’s latest case as county coroner drag her to the center of one very dangerous game. With one suspect in custody, an attempt on the life of the key witness leads to her disappearance and more unanswered questions. Fenway must race to solve the mystery before anyone else dies while also juggling an upcoming election and her overbearing father’s meddling. As summer temperatures rise, so do the stakes. What will Fenway have to sacrifice to ensure the safety of everyone in her idyllic coastal town?

The Candidate Coroner: In the midst of Acting Coroner Fenway Stevenson’s reelection campaign, the body of a successful business owner is found in a pedestrian underpass—and she discovers that her young, hated stepmother is the prime suspect. As if that’s not bad enough, further digging only exposes a money-laundering scheme that could implicate dozens of residents in the coastal town she calls home. Each clue she uncovers puts her in more danger. After an attempt on her life, and with more bodies piling up, how will Fenway solve the mystery, win the election—or simply save her own life?

Mixing murder, small-town politics, and hidden conspiracies, The Fenway Stevenson Mysteries follow the acting coroner as she tries to get to the bottom of the high-profile murders in her town—while juggling the politics of the coroner's office, the whims of her rich, powerful father, and a budding romance with the county sheriff.

The Fenway Stevenson Mysteries, Collection One is a boxset of the first three books of the hardboiled murder mystery series.