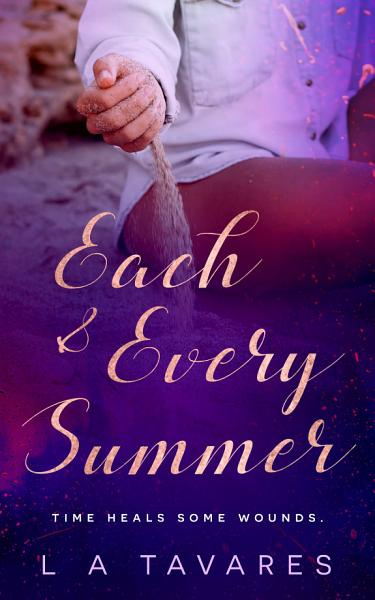 Each And Every Summer

A SWEET ROMANCE FROM L A TAVARES

The first time Lyla Savoie Kenney found love—boundless, passionate love—it wasn't with a person but a place. She found deep-rooted endearment there, and in keeping with tradition, it caused her first real heartbreak too.

Lyla grew up on the beaches at Begoa's Point, a campground she and her father visited each summer for seventeen years. She spent each non-summer month counting down the days until she could return, until going back was no longer an option. Begoa's Point closed with no explanation.

Fifteen years later, now a widowed mother with a child of her own, Begoa's Point is reopening its doors. Lyla is surprised when she is abruptly moved off the waiting list and given a reservation at the camp, but even more surprising is what she finds when she arrives.

Weston Accardi, the first boy Lyla ever gave her heart to, is the proud new owner of the Begoa's property. He has changed—and not just because a prosthetic leg now exists where a natural limb once did. He is no longer the carefree rebel he used to be but has grown into a responsible businessman.

Their past, however, refuses to remain such, cycling back to smother the fire they've tried so hard to rebuild since her arrival to the reopened campground.