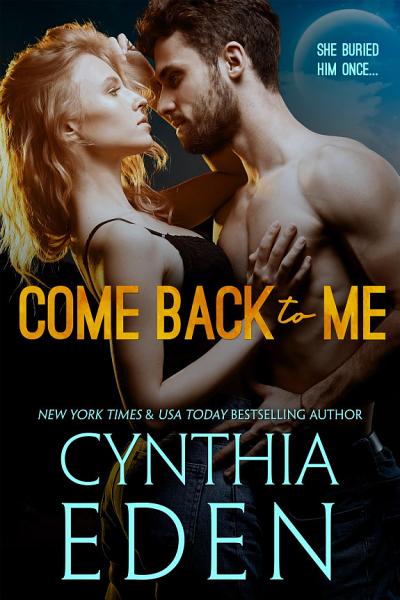 Come Back To Me

Sadie Townsend’s lover is dead. She buried him. She mourned him. So…how in the sweet hell is Liam “Sully” Sullivan standing across the bar from her?

When Sully was turned into a vampire, he had no choice but to leave his beautiful Sadie. He didn’t think that she’d ever want a monster in her bed. But now Sadie is in front of him, reminding him of everything that he lost…and he’s never wanted another woman more.

There’s a whole lot more to Sadie than meets the eye.

Sadie isn’t afraid because her ex-lover is a vamp. Surprise time…she’s a leopard shifter, and she’s more than able to handle any threat that comes her way. An FBI agent, she’s hunting a supernatural killer, and she’s not going to let anyone or anything get in her way. Certainly not an extremely sexy, extremely unforgettable, and extremely frustrating vamp.

One taste, and he can’t let go.

Sully didn’t think he had a chance with Sadie, but now that he knows the truth about her, all bets are off. He’ll join her on this hunt, he’ll prove his worth to her, and he’ll convince the only woman he’s ever loved that he’s one vamp who intends to stay by her side…forever.

Author’s Note: Ready to slip over to the supernatural side? COME BACK TO ME was originally released in the “Belong to the Night” anthology (published in 2010), and, back then, the novella had the title of IN THE DARK. I’ve updated the sexy tale (this story contains 31,000 words), and now Sully and Sadie are ready to hunt…for love and for a killer. Thrills, chills, and paranormal romance are waiting!