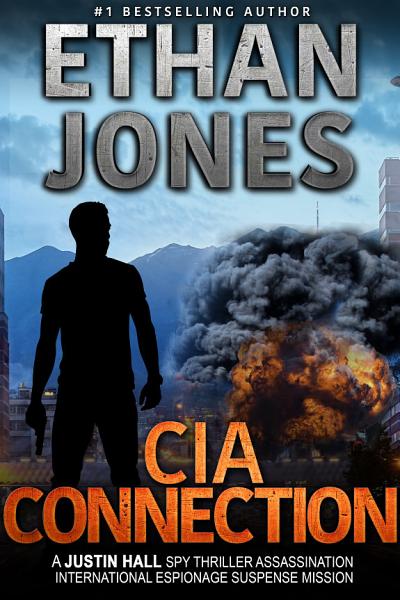 After a clandestine Canadian Intelligence Service operations team is ambushed in Syria, Justin Hall, a rogue CIS operative, is offered a next-to-impossible mission in exchange for his return to the agency ... find the man responsible. Carrie, Justin's trusted partner, volunteers for the operation, willing to do everything to bring home the former love of her life.

However, because of failed promises, Justin finds himself in the crosshairs of Mossad that forces him to run an operation deemed too dangerous for its own agents…

As Justin and Carrie begin to prepare for both operations, they have to rely on smugglers and an Iranian nuclear scientist as shady allies. When a dramatic turn of events in Tehran leaves Justin and Carrie in the worst firefight of their lives, they have to find a way to escape not only the bullets, but the quagmire of lies and deception that is threatening to swallow them for good.

And, if they can escape the lion's den, they still have to face their original target: a relentless man who will stop at nothing…

★★★★★ "This time out with Justin and Carrie was nonstop from the beginning to the end! A terrific, well written suspenseful thriller you won't want to miss!"

★★★★★ "This author has come a long way in a very short time. He takes Justin and Carrie to higher levels in each book. I believe that he is in the same level as Vince Flynn (miss him), Brad Thor, James Rollins, Steve Berry and Andy McDermott. The CIAl Connection is full of many turns and twists as Justin finds his revenge."

★★★★★ "Good writing and excellent pacing made this book a real page-turner for me. The battle, shootouts and fight scenes move the story along briskly. Great characters and interesting locations."

★★★★★ "These stories are so action-packed, suspense-filled, complex plots, very developed characters, and so well written I feel I am over there in the middle of it and I get nervous reading it! Tell me Mr. Jones, how do you know so much about these areas and cultures?"

The CIA Connection is an adrenaline-drenched, edge-of-your-seat spy thriller that seals Ethan Jones’s status as a master of spy fiction. Fans of Clancy, Flynn or Baldacci will love this best-selling espionage series with hundreds of five-star reviews and thousands of sales and downloads. Each book is a clean, self-contained international espionage mission without cliffhangers and can be enjoyed on its own.

Just scroll up, click, and get lost in the action-packed, captivating world of Justin Hall now!