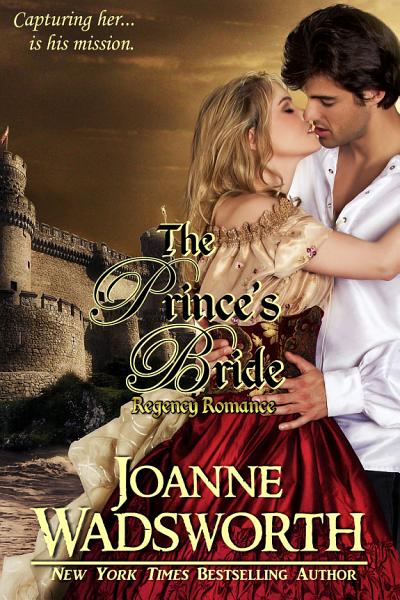 He’s searching for anything other than love.

Somehow, they might just be each other’s best match.

For years Captain Anteros Bourbon—aka The Cobra—has eluded his father. He has dedicated his life to fighting the war against Napoleon by building his fleet of ships and sinking his enemy’s warships, although he hides a deadly secret. He is a lost Prince of Naples and Sicily, and now his father has found him and is demanding he marry and produce the required heir. Never will he take on a wife though, or expose her to his dangerous activities, so instead he devises a plan to make it appear to his father that he has wed. He enlists the aid of an English lady he trusts by asking her to speak false marriage vows with him. A winning plan for sure, one which should rid him of his father’s man spying on him.

Lady Olivia Trentbury has been infatuated with Anteros Bourbon since the first day she met him. He has aided her family in so many ways, and when he arrives on her doorstep asking if she’ll speak false marriage vows with him, she can’t turn him away. She takes all care when his father’s spy is near, although unfortunately the villain is intent on removing her from Anteros’s sight. The spy steals her away as his hostage aboard a ship bound for Sicily. Forced to survive treacherous waters as Anteros follows in hard pursuit, she discovers staying alive has never been more of a challenge.

Can Anteros capture his lady back before it’s too late?

Grab your copy today, because everyone loves an adventure on the high seas.

Each book in this series is standalone, and can be enjoyed out of sequence.

Chased by the Corsair, #7

Stolen by the Pirate, #8

Fans of the following books and series are known to enjoy this epic Historical romance series:

Bridgerton: The Duke and I

The Viscount Who Loved Me

An Offer From a Gentleman

To Sir Phillip, With Love

When He Was Wicked

On the Way to the Wedding

It’s in His Kiss

The Bridgertons Happily Ever After

Because of Miss Bridgerton

The Other Miss Bridgerton

The Truth About Dukes

A Rogue by Any Other Name

A Night to Surrender

Fans of the following authors are known to enjoy this epic Historical romance series: