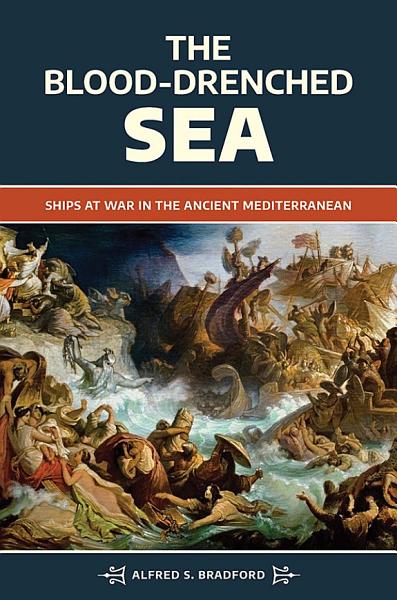 The Blood Drenched Sea Ships At War In The Ancient Mediterranean

This book is an indispensable resource for readers who want to know the whole, comprehensive story of ancient naval warfare.

The Blood-Drenched Sea describes all the naval battles and wars fought in the ancient Mediterranean. In one volume are the ships, crews, and leaders who determined the course of ancient history, along with the wars and battles, told through artifacts, extant literary and visual sources, and modern reconstructions—the Egyptian mortuary temple, the Minoan domain, the legendary sack of Troy, the expansion of Greeks throughout the Mediterranean, the Athenian victory over the Persians at Salamis, and the Athenian empire, ruined by one moment of superstition.

Then the Romans learned how to build ships, man them, row in tiers, and command fleets, and the volume recounts their contributions to history as well. They fought three wars with Carthage that cost them hundreds of thousands of casualties and expenditures of vast wealth, and they conquered the whole of the Mediterranean. Meanwhile, Julius Caesar expanded the empire with the conquest of Gaul and the invasion of Britain, and his adoptive son, Octavian settled the question of who would rule the new empire by winning the naval battle at Actium.