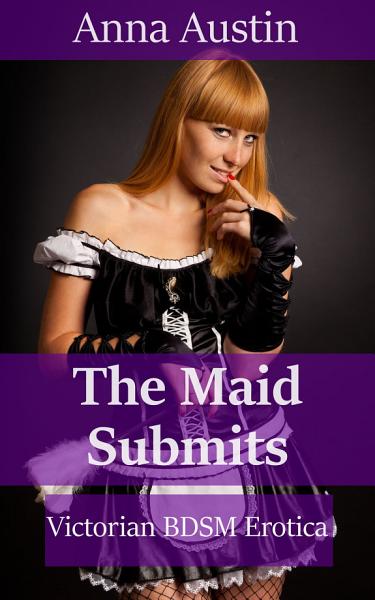 Jenny is a seamstress. Her family so poor, she can barely make ends meet. She dreams of rescue and romance, of a handsome prince who will fall in love with her and make her life a fairytale.

Instead, she enters the employ of Mr. Grayshott, a handsome and enigmatic gentleman of means. Jenny soon discovers that he requires her to submit fully to his twisted desires?and that in submission, she awakens her own depraved passions?

The gentleman gestured her to climb in and Jenny did, trying not to rustle her basket too much as she sat down in the carriage. The man followed suit and sat opposite Jenny. He didn?t speak until the door had closed behind them and the carriage took off.

?I?m Mr. Grayshott,? he said as he took off his hat and placed it on the seat next to him. Then he looked straight at Jenny, meeting her eyes head-on and pinned Jenny in place with his gaze. Jenny didn?t dare to turn her eyes away. ?But ?sir? will do just nicely.?

There was no question that a maid was expected to address her employer as sir, but the way Mr. Grayshott had said it, voice a touch lower than a moment before, carried another meaning entirely, something that Jenny didn?t fully understand. Still, she felt herself blush and was grateful that the dimness of the carriage helped to veil her reactions.

?You understand by now that I?m looking for a slightly different kind of maid, yes??

?I?m not sure if I understand it?correctly, sir.?

?Oh, you?re so sweet and innocent,? said Mr. Grayshott, voice amused. ?You will be expected to fulfil the traditional chores of a maid, but in addition, I require service of a more?carnal nature, if you will.?

Jenny sucked in a breath, taken aback by how easily Mr. Grayshott had said it. Her heart beat rapidly in her chest and she knew that she was red all over, blushing wildly. She was so, so embarrassed, but she felt a little bit of excitement, too, which made her squirm even more.

Mr. Grayshott leaned forward and took the basket off Jenny?s lap. ?Does this scandalize you?? he asked as he laid a hand on Jenny?s thigh.

Jenny didn?t trust her voice so she just nodded in response, eyes fixed on the contrast between the materials of Mr. Grayshott?s leather glove and her own worn skirt.