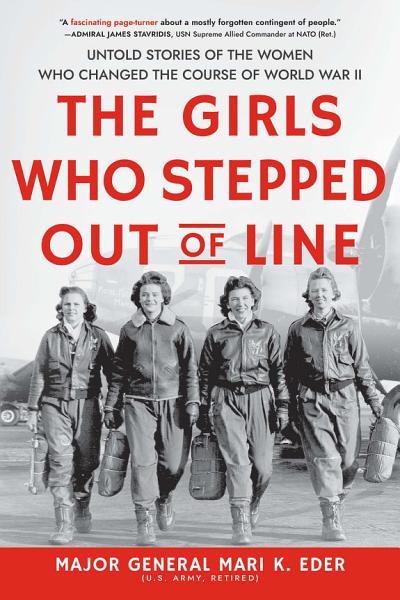 The Girls Who Stepped Out Of Line

For fans of Radium Girls and history and WWII buffs, The Girls Who Stepped Out of Line takes you inside the lives and experiences of 15 unknown women heroes from the Greatest Generation, the women who served, fought, struggled, and made things happen during WWII—in and out of uniform, for theirs is a legacy destined to embolden generations of women to come.

The Girls Who Stepped Out of Line are the heroes of the Greatest Generation that you hardly ever hear about. These women who did extraordinary things didn't expect thanks and shied away from medals and recognition. Despite their amazing accomplishments, they've gone mostly unheralded and unrewarded. No longer. These are the women of World War II who served, fought, struggled, and made things happen—in and out of uniform.

Young Hilda Eisen was captured twice by the Nazis and twice escaped, going on to fight with the Resistance in Poland. Determined to survive, she and her husband later emigrated to the U.S. where they became entrepreneurs and successful business leaders. Ola Mildred Rexroat was the only Native American woman pilot to serve with the Women's Airforce Service Pilots (WASP) in World War II. She persisted against all odds—to earn her silver wings and fly, helping train other pilots and gunners. Ida and Louise Cook were British sisters and opera buffs who smuggled Jews out of Germany, often wearing their jewelry and furs, to help with their finances. They served as sponsors for refugees, and established temporary housing for immigrant families in London. Alice Marble was a grand-slam winning tennis star who found her own path to serve during the war—she was an editor with Wonder Woman comics, played tennis exhibitions for the troops, and undertook a dangerous undercover mission to expose Nazi theft. After the war she was instrumental in desegregating women's professional tennis. Others also stepped out of line—as cartographers, spies, combat nurses, and troop commanders.

Retired U.S. Army Major General Mari K. Eder wrote this book because she knew their stories needed to be told—and the sooner the better. For theirs is a legacy destined to embolden generations of women to come.