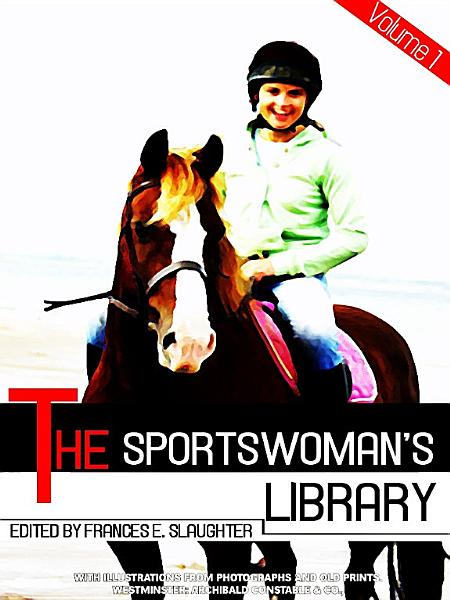 The Sportswomans Library Volume 1 Of 2 Illustrations

Example in this ebook

When I look at the completed MSS. of the first volumes of the Sportswomans' Library, I feel deeply grateful to the many good sportswomen who have aided me in my work, not only for the great stores of practical knowledge they have brought to bear on the several subjects of which we have treated, but for the way in which they have collaborated with me. For this my warmest thanks are due to them one and all.

The object we have placed before us, is to give women the information and help they are not likely to find in those books, which are written chiefly from a man's point of view, and we have therefore avoided, as far as possible, trenching on ground that has been already adequately covered by those who, to sportsmen and sportswomen alike, are the best authorities on the various subjects. If, therefore, our writings sometimes seem to be wanting in completeness, it is, I venture to think, to be attributed to this cause.

When I first gathered round me the body of contributors, some of whom were personally unknown to me, I could but feel that the many threads I held in my hand might prove to be a very "tangled skein," before the work was brought to completion. This foreboding, however, I am glad to say, was entirely without foundation, for each writer threw herself into her part with such genuine determination to do the best she could for the matter of her work, that the minor details as to the manner in which it should be given to the world, did not assume undue proportions, and there has been nothing to throw the slightest shadow over the harmony in which we have worked. That the effort we have thus jointly made to give some help to our sister-sportswomen may be successful, is to wish the writers the best reward they can have, for the labour they have bestowed.

Besides my fellow workers, I have a debt of gratitude to discharge to all who have so kindly assisted me in my work. Foremost among these I must acknowledge the valuable help given by Lady Gifford, Mrs. Pryse-Rice, Mrs. Cheape, and Miss Lloyd, of Bronwydd, without whose assistance I could not have ventured to write on the subject of Hare-Hunting: by Mr. T. F. Dale, author of The Game of Polo, whose great practical knowledge of sport has made him an invaluable referee on many important questions: by another good sportsman, Captain the Hon. R. C. Drummond, who generously gave me the benefit of his advice on matters which have been a life-long study to him: by Elizabeth, Lady Wilton; Lady Theodora Guest, Lady Gerard, Lady Dorothy Coventry, Mrs. Wrangham, Mrs. T. E. Harrison, Miss Serrell, Mr. C. H. Bassett, late Master of the Devon and Somerset Staghounds; Mr. Ian Heathcoat-Amory, Master of the Tiverton Staghounds; Mr. W. L. Wyllie, A.R.A.; Miss Maud Earl, Miss Walrond, Mr. Cuthbert Bradley, Dr. Lewis Mackenzie, Miss Florence Ritson, and Mrs. Dudley Smith.

I must also acknowledge the help so readily given by Mr. Charles Lancaster, and Messrs. Holland and Holland, on the sport with which their names are so closely connected, and I must thank those photographers who have exercised their skill on our behalf, viz.: Messrs. Lombardi and Co., who, from the first, have helped us largely; Messrs. Lambert Weston, J. Weston and Son, Stuart, Becken, and A. Debenham.

My thanks are also due to the Proprietors of Baily's Magazine, The Field, The Gentlewoman, and The Lady's Pictorial for the use of blocks which have been re-produced in their pages.

To be continue in this ebook