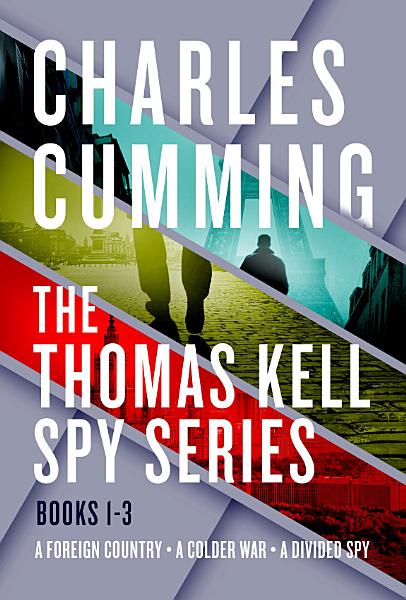 From the internationally acclaimed, New York Times bestselling author of The Trinity Six and Typhoon, the Thomas Kell series is a compelling, revealing tale of deceit and betrayal, conspiracy and redemption. Read the first three books in the series, now available in one ebook.

A Foreign Country
On the vacation of a lifetime in Egypt, an elderly French couple are brutally murdered. Days later, on the streets of Paris, a young French accountant is kidnapped. When Amelie Levene, who in six weeks is due to take over as the first female Chief of MI6, disappears without a trace while in the south of France, it is the gravest crisis MI6 has faced in more than a decade. Desperate not only to find her, but to keep the press from learning that she has gone missing, Britain's top intelligence agents turn to one of their own: disgraced former MI6 officer Thomas Kell. Tossed out of the Service only months before, Kell is given one final chance to redeem himself and find Amelia Levene at any cost.

A Colder War
A top-ranking Iranian military official, an investigative journalist, and an Iranian nuclear scientist are targeted in seemingly unrelated attacks, but they have one crucial link: Each of the three had been recently recruited by Western intelligence, before being removed or killed. When Paul Wallinger, MI6's most senior agent in Turkey, dies in a puzzling plane crash, Tom Kell discovers what Wallinger had already begun to suspect—that there's a mole somewhere in the Western intelligence, a traitor who has been systematically sabotaging scores of joint intelligence operations in the Middle East.

A Divided Spy
Tom Kell is offered an unexpected chance at revenge. Taking the law into his own hands, he embarks on a mission to recruit a top Russian spy who is in possession of a terrifying secret. As Kell tracks his man from Moscow to London, he finds himself in a high stakes game of cat and mouse in which it becomes increasingly difficult to know who is playing whom. As the mission reaches boiling point, the threat of a catastrophic terrorist attack looms over Britain, and Kell is faced with an impossible choice. Loyalty to MI6—or to his own conscience?