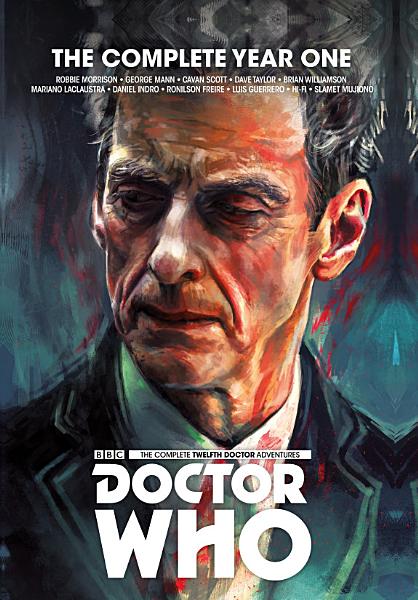 “Nothing short of extraordinary. Doctor Who: The Twelfth Doctor just keeps getting better.” – Snap Pow

The Twelfth Doctor has just regenerated – but the universe won’t give him a minute’s rest! Not when there’s a violent, sentient star on the warpath on a terraformed ice planet – or an ancient celestial murdering her way toward resurrection.

From an enemy who can slide between the cracks of the universe, to an alien invasion in 1960s Las Vegas, and on to a battle for the future of the solar system, the Twelfth Doctor and Clara have their work cut out for them if they’re going to survive.

Collects Doctor Who: The Twelfth Doctor Year One #1-16.