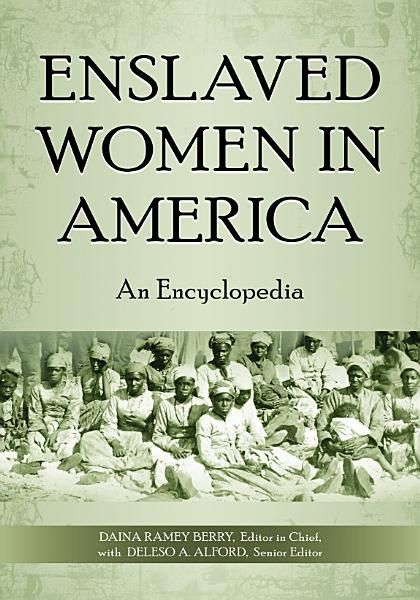 Enslaved Women In America An Encyclopedia

This singular reference provides an authoritative account of the daily lives of enslaved women in the United States, from colonial times to emancipation following the Civil War. Through essays, photos, and primary source documents, the female experience is explored, and women are depicted as central, rather than marginal, figures in history.

Slavery in the history of the United States continues to loom large in our national consciousness, and the role of women in this dark chapter of the American past is largely under-examined. This is the first encyclopedia to focus on the daily experiences and roles of female slaves in the United States, from colonial times to official abolition provided by the 13th amendment to the Constitution in 1865.

Enslaved Women in America: An Encyclopedia contains 100 entries written by a range of experts and covering all aspects of daily life. Topics include culture, family, health, labor, resistance, and violence. Arranged alphabetically by entry, this unique look at history features life histories of lesser-known African American women, including Harriet Robinson Scott, the wife of Dred Scott, as well as more notable figures.