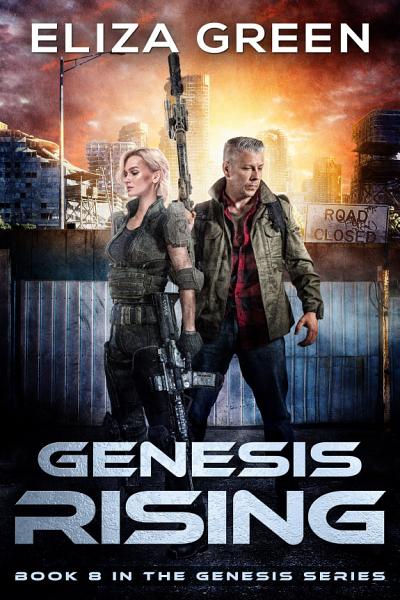 The uprising will destroy everything. A change of heart can stop it. In the aftermath of a deadly virus attack on Exilon 5, life appears to be returning to normal. For ITF Director Bill Taggart, temporary alliances with old foes have been forgotten. Armed with only a fragile peace treaty, Bill wields it to keep all factions of society lawful.

But things turn sinister when a new force takes control of the cities—a move that ousts Bill from his position. With three opposing sides seeking independence, he scrambles to work out who is behind the deadly move.

When an old ally reaches out, Bill thinks he understands the reason for the citywide attack. But the deeper he digs into the enemy’s motives, the less obvious the reasons become.

Without a strong leader and plan, the uprising appears unstoppable. But Bill fears that to enact real reform on Exilon 5, change must begin with him.

﻿Genesis Rising is the eighth book in the Genesis series. If you like strong heroines, dysfunctional characters, and nail-biting scenes, then you’ll love the final installment in Eliza Green’s dystopian society thriller series.