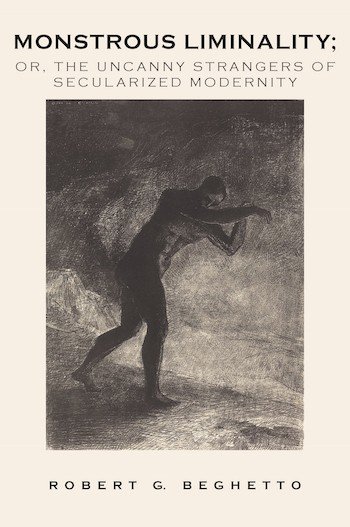 This book examines the transformation of the figure of the stranger in the literature of the modern age in terms of liminality. As a ‘spectral monster’ that has a paradoxical and liminal relationship to both the sacred and the secular, the figure of the modern stranger has played a role in both adapting and shaping a culturally determined understanding of the self and the other. With the advent of modernity, the stranger, the monster, and the spectre became interconnected. Haunting the edges of reason while also being absorbed into ‘normal’ society, all three, together with the cyborg, manifest the vulnerability of an age that is fearful of the return of the repressed. Yet these figures can also become re-appropriated as positive symbols, able to navigate between the dangerous and chaotic elements that threaten society while serving as precarious and ironic symbols of hope or sustainability. The book shows the explanatory potential of focusing on the resacralizing – in a paradoxical and liminal manner – of traditionally sacred concepts such as ‘messianic’ time and the ‘utopian,’ and the conflicts that emerged as a result of secularized modernity’s denial of its own hybridization.

This approach to modern literature shows how the modern stranger, a figure that is both paradoxically immersed and removed from society, deals with the dangers of failing to be re-assimilated into mainstream society and is caught in a fixed or permanent state of liminality, a state that can ultimately lead to boredom, alienation, nihilism, and failure. These ‘monstrous’ aspects of liminality can also be rewarding in that traversing difficult and paradoxical avenues they confront both traditional and contemporary viewpoints, enabling new and fresh perspectives suspended between imagination and reality, past and future, nature and artificial. In many ways, the modern stranger as a figure of literature and the cultural imagination has become more complicated and challenging in the (post)modern contemporary age, both clashing with and encompassing people who go beyond simply the psychological or even spiritual inability to blend in and out of society. However, while the stranger may be altering once again the defining or essentializing the figure could result in the creation of other sets of binaries, and thereby dissolve the purpose and productiveness of both strangeness and liminality.

The intention of “Monstrous Liminality” is to trace the liminal sphere located between the secular and sacred that has characterized modernity itself. This space has consequently altered the makeup of the stranger from something external, into a figure far more liminal, which is forced to traverse this uncanny space in an attempt to find new meanings for an age that is struggling to maintain any.