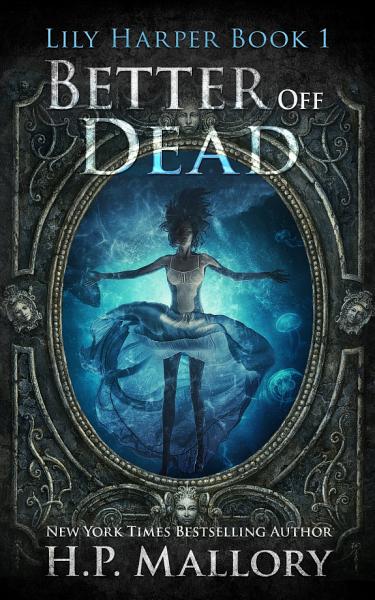 If there’s such a thing as luck, Lily Harper definitely doesn’t have it.

Killed in a car accident before it’s her time to go, Lily learns that the hereafter isn’t exactly what she hoped it might be.

Learning that Lily’s death was indirectly their fault, Afterlife Enterprises offers Lily the chance to live again but beware the fine print. Most notably, Lily will become a soul retriever, venturing into the bowels of the Underground City to retrieve souls that were mistakenly sent there during a Y2K glitch.

As if risking her second life in the Underground City wasn’t enough, Lily’s guide is none other than her incompetent, alcoholic, womanizing guardian angel, Bill. Lily’s future isn’t looking bright.

As Scottish as his kilts and heavy brogue, Tallis Black is a centuries-old Celt who, for reasons only known to him, offers to train Lily and act as her escort into the depths of the Underground City. Dark, brooding and definitely dangerous, Lily knows she shouldn’t trust Tallis, but desperate times call for desperate measures.

Between soul retrieving in hell, dealing with Bill and trying to figure out what’s in it for Tallis, Lily wonders if maybe she would’ve just been better off dead.

To get even more excited about this series, check out the 1 min movie!

“Wow HP, you know I love you but seriously, you are sending me into full on squealing fangirl with this book. I loved everything about it, Lily, Tallis, and especially Bill. This book is hilarious and emotional!” ―Amazon Customer ★★★★★

“Immense danger, sexual tension, mysteries, humor and romance combined with never ending twists and turns will keep your fingers turning the pages . Tallis is brooding, mysterious and sexy as hell. You never know what he's thinking and is completely unpredictable. Bill - the unconventional Guardian Angel - will keep you laughing out loud at his outrageous antics.” ―Paromantasy Reviews ★★★★★

“H.P. never ceases to amaze me with her writing abilities! I didn't think any new story line could capture my heart and my mind as much as Jolie and Dulcie were able to do, but I think lily may have beat them both! Wonderful new plot, same classic H.p. writing style. Must must must read!!!” ―Amazon Customer ★★★★★

If the FREE Download, 500+ reviews, the movie, and the 4 star average aren't enough to convince you to try this series, how about these scintillating facts:

* Angel Bill will make you laugh until you choke unless you're easily offended, in which case he might just make you choke.