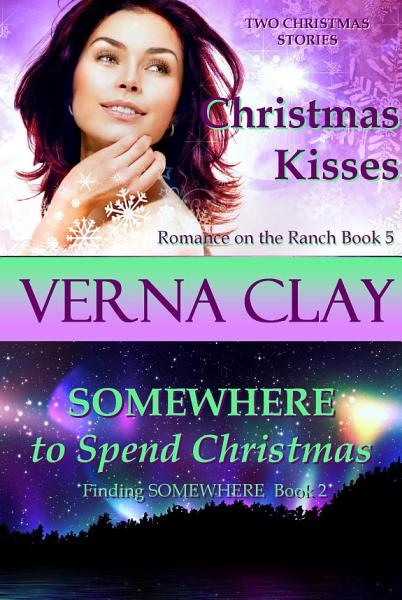 Although born into wealth and privilege, Cecelia Brightman has never found the forever-after kind of happiness she seeks. She has devoted her life to helping others through charity work, but now, at the age of forty-two, she can no longer continue on the same path. Much to the chagrin of her parents and friends, she leaves the trappings of wealth to follow her heart to the small town of Paxtonville in Colorado to be near her brother and his large family.

Connor MacKenzie is carrying baggage from a previous sorrow that almost destroyed him. However, Cecelia Brightman, the new owner of the local coffeehouse, is rocking his lonely world.

Is there Somewhere that Christmas wishes come true?

When the bus Sunny Fairbanks is traveling on stops for a layover in the small seaside town of Somewhere, she decides to walk on the beach at sunrise—and falls in love with the area. Her decision as to whether to remain in Somewhere for a few days, or continue northward, is unexpectedly made for her when she steps on a shard of glass. A young man jogging along the shoreline comes to her aid and she is forced to do something she hates—accept help.

Vicky Patterson continues to be amazed that her brother was able to send her a message from beyond the grave through her friends Faith Bennison and Baxter Hope. And that message has set her free from a lifetime of guilt. In fact, she's so free, that she takes on the task of heading up a group of protesters against Wainwright Resorts, the corporation that wants to purchase a portion of the town's public beach and build a world class resort that will, of course, destroy the quaintness of her community. She's angry with Michael Wainwright, III, and intent on stopping his plans.

Gabby Hope, a widow, and owner of Hope Bed & Breakfast, wants to get Leo Constanzo, a widower, out of her system, so she proposes something utterly inappropriate and is shocked when he agrees.

Belinda Hope, who died decades earlier, kept a diary that revealed the happenings behind her daughter's disappearance, and then her own, years later. Now that she's ready to step into the light of eternity, she needs to get a message to someone on the other side about where the diary is hidden.