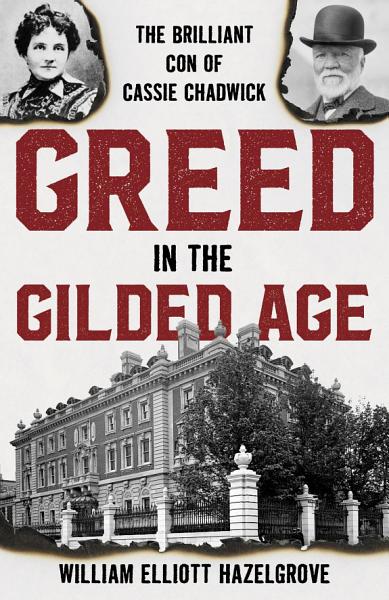 Greed In The Gilded Age

Greed in the Gilded Age is a Gatsby-esque tale of mystery, money, sex, and scandal.

‘Millionaire’ had just entered the American lexicon and Cassie Chadwick was front page news, becoming a media sensation before mass media, even eclipsing President Roosevelt’s inauguration. Using these newspaper articles, Hazelgrove tells the story of one of the greatest cons in American history.

Combining the sexuality and helplessness her gender implied, Chadwick conned at least 2 million dollars, equivalent to about 60 million today, simply by claiming to be the illegitimate daughter and heir of steel titan, Andrew Carnegie. Playing to their greed, she was able to convince highly educated financiers to loan hundreds of thousands of dollars, on nothing more than a rumor and her word.

She was a product of her time and painting her as a criminal is only one way to look at it. Those times rewarded someone who was smart, inventive, bold, and aggressive. She was able to break through boundaries of class, education, and gender, to beat the men of the one percent at their own game.